Akhilesh Yadav, who sent his sister-in-law best wishes for her move to the BJP

Samajwadi Party patriarch Mulayam Singh Yadav tried hard to convince his daughter-in-law Aparna Yadav to not join the BJP, party chief Akhilesh Yadav said on Wednesday and expressed his happiness that the SP's socialist ideology is expanding its reach.

Akhilesh Yadav, who sent his sister-in-law best wishes for her move to the BJP, also addressed speculation on whether he would contest the assembly elections and said he would consult the people of his parliamentary constituency Azamgarh.

"If I contest the assembly election, it will be after taking permission from the people of Azamgarh who have elected me as MP," he told reporters when asked if he would enter into the electoral fray for the coming elections.

In his first response to Aparna Yadav joining the BJP, Akhilesh Yadav said he would like to congratulate her and extend her his best wishes.

"I am also happy that our socialist ideology is expanding. I hope that our ideology will reach there and work to save the constitution and democracy," the SP president said.

"Netaji (Mulayam Singh Yadav) tried very hard to convince her," he said when asked if efforts were made to stop Aparna Yadav from joining the ruling party.

Aparna Yadav is married to Prateek Yadav, the son of Mulayam Singh Yadav's second wife, while Akhilesh Yadav is his son from the first marriage.

She joined the BJP in the presence of Uttar Pradesh Deputy Chief Minister Keshav Prasad Maurya and its state chief Swatantra Dev Singh. Expressing her admiration for Prime Minister Narendra Modi, she said the nation's interest has always been a priority for her and praised several schemes of the BJP government for cleanliness, woman empowerment and employment.

There had been much speculation about her joining the BJP, and the development highlights the rift in the SP's ruling family at a time Akhilesh Yadav has been working to rally the party's base in the run up to the state assembly polls beginning next month.

Maurya was also quick to attack Akhilesh Yadav, saying he has not been successful in his family and was also "unsuccessful" as chief minister and MP.

Read Also
UP elections 2022: Will contest polls after taking permission from people of Azamgarh, says Akhilesh... 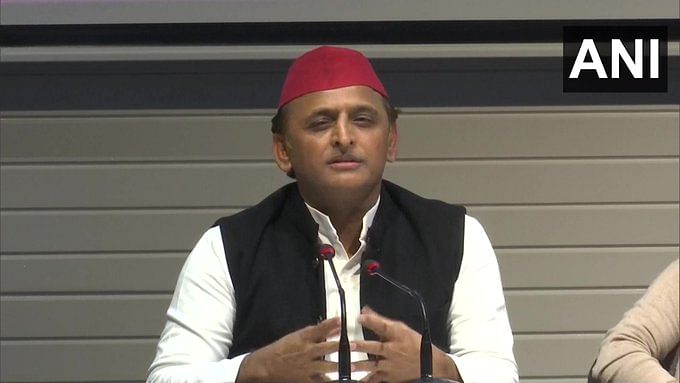