Tripura: Section 144 imposed in Kailashahar after ABVP leader critically injured after attack; here's all you need to know

Days after the violence that took place in Tripura's Panisagar where a mosque was vandalised and two shops were set on fire in the violence that happened during a Vishwa Hindu Parishad (VHP) rally, on Friday evening, an activist of the Akhil Bharatiya Vidyarthi Parishad (ABVP) was stabbed outside a school at Kailashahar in Unakoti district of north Tripura.

He was rushed to a hospital where his condition is said to be stable. A police official confirmed the attack.

ABVP leader Shibaji Sengupta was left critically injured by a group of student leaders affiliated with Trinamool Chhatra Parishad and NSUI. District Magistrate Unakoti District Uttam Kumar Chakma informed on Friday that accused persons in the attack on ABVP leader have been arrested.

The assailants were identified as Najmul Hossain, NSUI leader Juber Ahmed, TMCP leader Yahia Khan and some of their accomplices. Speaking to the reporters, injured Shibaji Sengupta said he was told that student leaders of opposition parties were threatening the students of RKI school, Kailashahar. He went to the spot and got involved in a heated altercation that later took a turn of physical assault and fistfights.

In the meantime, he was stabbed from the backside and he could not see who had actually attacked him with the sharp weapons. He also lamented that the role of police was also poor in handling the situation.

After primary treatment, he was referred to GBP hospital Agartala.

Section 144 imposed in the area: "Accused persons have been arrested in the stabbing incident in Kailashahar. Section 144 imposed in the area; situation under control. People should abide by law. Neither should they spread rumours nor believe in them," he said.

Sensing trouble, the administration tightened up the security arrangements and huge contingents of TSR, CRPF and other paramilitary forces were deployed to avert any untoward incident.

On being asked for a reaction, District Magistrate Unakoti District Uttam Kumar Chakma said, section 144 is imposed and the situation is by and large under control. To questions regarding the law and order he urged the people to abide by the law rejecting rumours and refrain from spreading rumours.

A group of unidentified miscreants vandalised a Kali temple in Kailashahar's Kubjhar area under Laxmipur Gram Panchayat on Friday.

The vandalisation of the temple sparked off serious repercussions with workers of Hindu Jagaran Mancha and Hindu Yuva Bahini meeting in a deputation at the office of sub-divisional police officer (SDPO) Kailashahar Chandan Saha demanding the immediate removal of officer-in-charge (OC) Partha Munda, who allegedly failed to ensure proper security to the temple. The supporters of the Hindu outfit kept the police station besieged for a while alleging inaction on the part of the police.

Earlier this week, Section 144 was imposed in the Dharmanagar district of north Tripura following violent clashes during a Vishwa Hindu Parishad (VHP) rally. A mosque was allegedly vandalised and several shops set ablaze in the Chamtilla area in North Tripura district today during a VHP rally against recent violence against Hindus in Bangladesh. 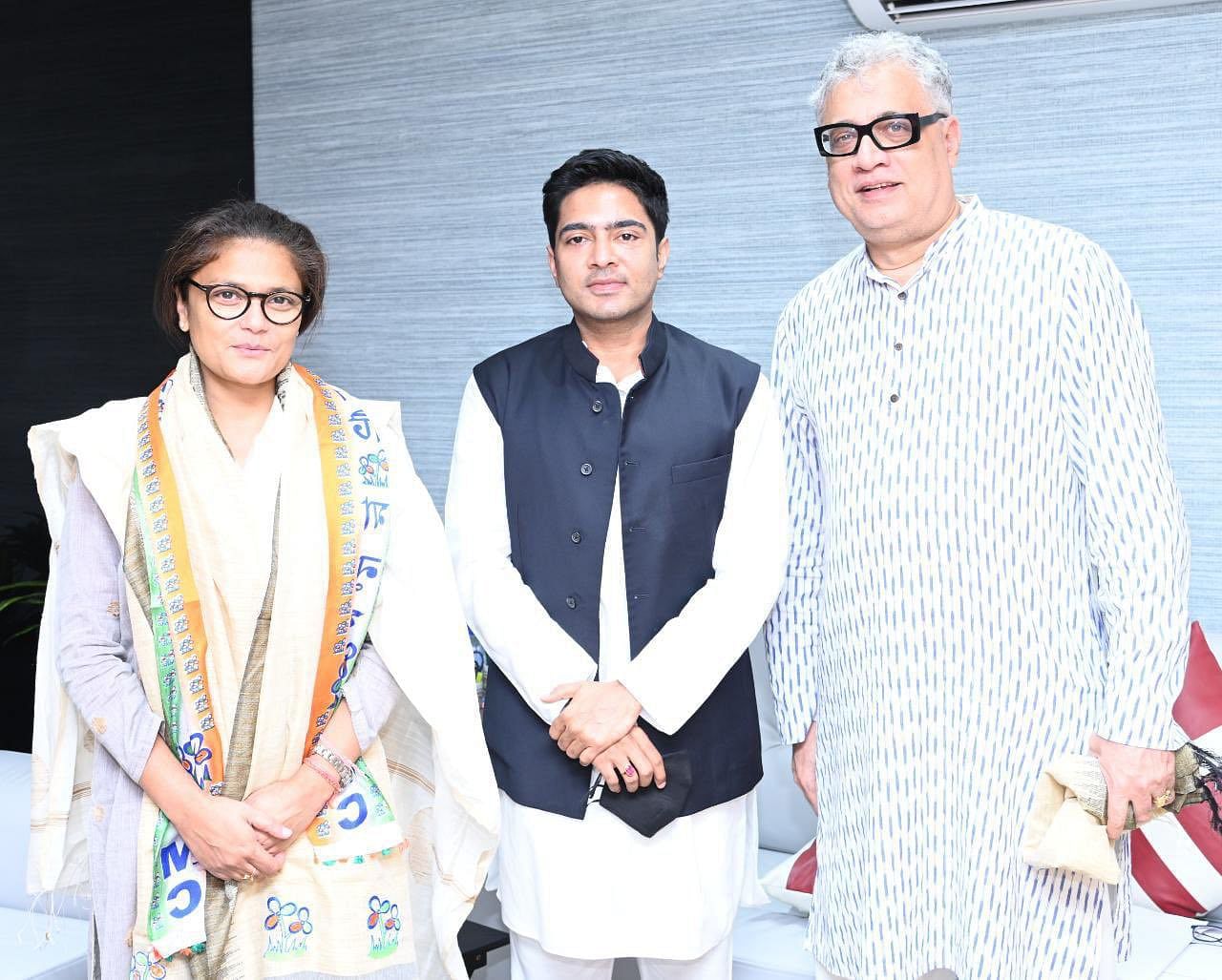