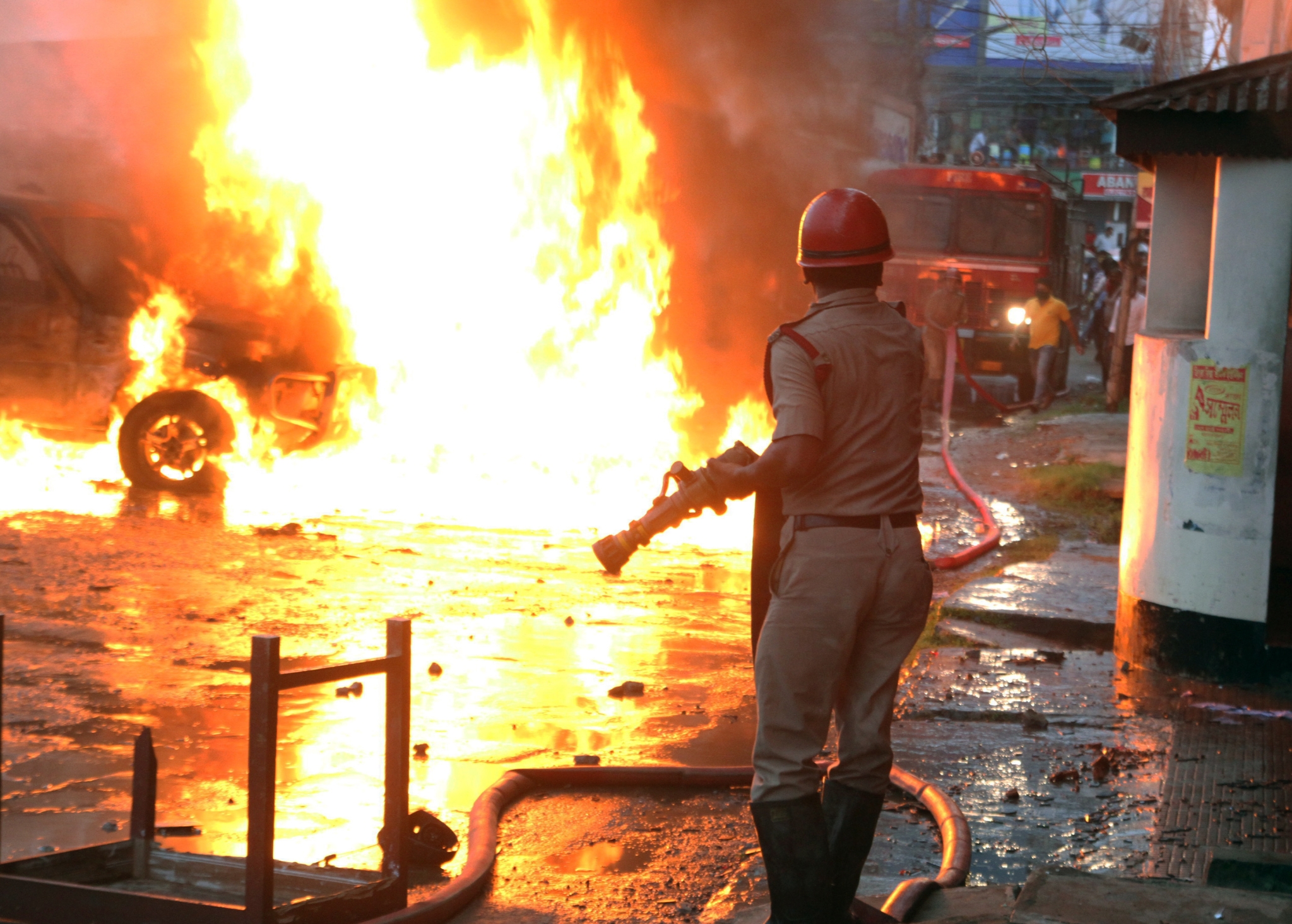 Tripura, Sep 08 (ANI): A vehicle is set on fire by the demonstrators after a clash between CPI (M) and BJP, in Agartala on Wednesday. | (ANI Photo)

Tripura: Several places in Tripura turned into battlefield after CPI(M) headquarters in Udaipur was set ablaze allegedly by BJP goons. Apart from Udaipur, the CPI (M) office in Agartala was also set on fire after bulldozing the iron gate.

“BJP is using state machinery to attack the opposition voices in the state. This cowardly attack must immediately stop. BJP is scared of the voices that are exposing it in the state and hence is resorting to terror,” said Das.

According to BJP, the CPI (M) attacked them during a protest rally and also that the BJP doesn’t believe in vandalism.

“CPI(M) leader Pradip Majumdar was also attacked and set his vehicle on fire. This vandalism did not happen in Tripura before,” said Rabin.

“BJP is a democratic party but at the end of being maligned by the CPIM today’s incident was just people’s fury against the continuous attack on BJP by the CPIM and TMC. Both TMC and CPIM together are violent against BJP,” said Tinku Roy.

Notably, a newspaper office near CPIM office was also vandalized in the attack.

“It is people’s discretion to choose a political party but setting some party offices and vehicles on fire is an anti-democratic act,” said Chandrima.

According to poll analyst Biswanath Chakraborty, citing ‘people’s fury’ to hide the violent act is common for the ruling party.