The Opposition leaders from NCP, AAP, Shiv Sena and Congress have condemned the arrest of Ravi

Hizbul commander Burhan was eliminated by the security forces in Kashmir in July 2016. He was responsible for several attacks against security personnel in Kashmir. Ajmal Amir Kasab was one of the terrorists who carried out the Mumbai terror attacks in 2008. Kasab, was caught and was sentenced to death at Yerwada Central Jail in Pune in 2012. On November 11, 2012, he was hanged in Yerawada Jail in Pune Ravi has been remanded to police custody for five days by a Delhi Court on Sunday after she was arrested by Delhi police in Bengaluru in connection to the 'Toolkit' case.

The Opposition leaders from NCP, AAP, Shiv Sena and Congress have condemned the arrest of Ravi. Nationalist Congress Party (NCP) Lok Sabha MP Supriya Sule said, "Freedom of Speech and Expression are the signs of a Healthy Democracy. We may disagree on issues but silencing the voices of dissent is certainly not acceptable. Strongly condemn the arrest of Activist Disha Ravi by Delhi Police. Arresting and curtailing the voices of dissent is nothing but an attack on our democracy. #DishaRavi." Aam Aadmi Party (AAP) leader and Delhi Chief Minister Arvind Kejriwal in a tweet said, "Arrest of 21 yr old Disha Ravi is an unprecedented attack on Democracy. Supporting our farmers is not a crime."

Shiv Sena's Rajya Sabha MP Priyanka Chaturvedi said," The sexist, misogynistic attack directed towards a young girl detained to please the egos of those in power is pukeworthy and disgusting. Pause and think before you tweet ugly, vile nonsense using her images. Is this a society we wish to create for our future generation?#DishaRaviArrest." 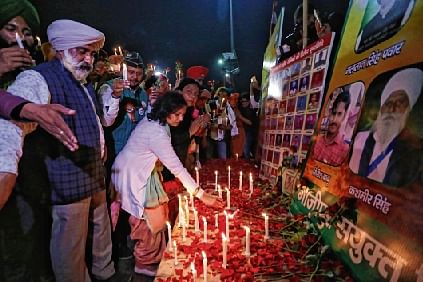 Congress leader Jairam Ramesh, a former union minister termed the arrest as "completely atrocious". "This is unwarranted harassment and intimidation. I express my full solidarity with Disha Ravi," he tweeted.

According to the Delhi Police officials, Disha is a key lead in the "toolkit" case as she had admitted during the initial interrogation to editing, adding some things in the "toolkit" and spreading it further. Last week, the Delhi Police sent a communication to Google seeking registration details and activity log of the account through which a "toolkit" related to the farmers' protest was created and uploaded on the social media platform.

Two e-mail IDs, one Instagram account, and one Uniform Resource Locator (URL) were mentioned in the toolkit and police have asked for details from the respective platforms.

The police had registered an FIR against unidentified persons in connection with the creators of the "toolkit'.