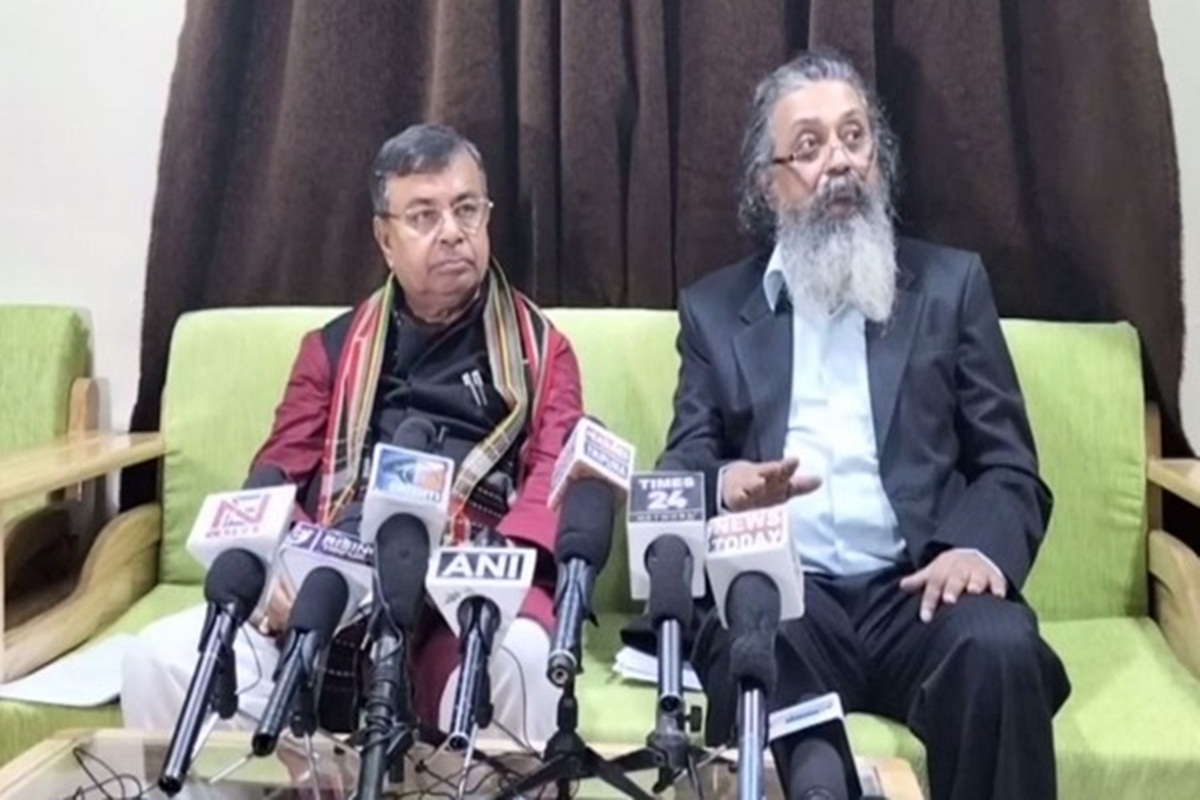 Agartala (Tripura): Reacting to Supreme Court judgement on a contempt petition filed by Trinamool Congress, Tripura Law Minister Ratan Lal Nath on Tuesday said that the conspiracy hatched by the TMC to postpone the civic body elections in Tripura got foiled as the apex court dismissed its petition to postpone the polls.

The minister was addressing the media with the Advocate General of Tripura, Siddhartha Shankar Dey.

"The Trinamool Congress knows it very well that they will fail to open their account in the elections scheduled on November 25. In order to save their faces from the embarrassment of facing defeat, the TMC has resorted to filing multiple petitions in court. The sole motive of their petitions is to convince the judiciary to postpone the elections. The conspiracy hatched by the party to postpone the elections has been foiled as the Supreme Court dismissed its petition seeking postponement of polls", said Nath.

Welcoming the Supreme Court order, Nath added, "We welcome the order of the Supreme Court of India that has upheld the constitutional sanctity and ordered in favour of the polls--the biggest festival of democracy. Tripura has a history of elections being conducted in the festival spirit and this will remain the same in these civic body polls as well." Justifying his statement, the Advocate General of Tripura Siddhartha Shankar Dey said that, "Generally the Court does not interfere in the polls process if the election commission declares the poll timetable. In rarest of rare cases, modifications are suggested in the polls schedule. Long back in West Bengal, such a situation emerged when there were some problems in the deployment of security forces, otherwise, such instances had not been reported in the recent past. Under Article 243 (Z)(G) and Agartala Municipal Act, the Court passed its order in favour of elections with a set of directives", said Dey.

According to him, the Court has directed the Director-General of Police (DGP) to make necessary arrangements of security and if there is a requirement of deploying central paramilitary forces then the State Election Commission after consulting with the state police chief and IG Law and Order can make requisition for central forces which will be considered on an urgent basis.

On being asked about the total number of cases filed in Courts, the advocate General said, "So far I know, one writ petition is pending with the Supreme Court with what the present Contempt petition is linked. In the High Court of Tripura, the Trinamool Congress and the Left candidates filed three petitions that were heard by a specially constituted bench. Apart from that, I am told that one petition is filed by the Trinamool which is listed to be heard by the High Court bench comprising Chief Justice Indrajit Mahanty and Justice SG Chattopadhyay. Moreover, some candidates of the Trinamool have filed individual petitions in the Court as well." The Law Minister also informed that as per the directives of the Supreme Court, the IG Law and Order, Director General of Tripura Police and State Election Commission will review the law and order situation to ascertain whether there is any need for deployment of central forces. "As a politician who is in active politics for the last 50 years, I can say that whatever measures have been undertaken by the State Election Commission is sufficient to hold peaceful elections", said Nath branding the SC verdict as a victory of the people of Tripura.

The Supreme Court on Tuesday declined the plea of All India Trinamool Congress to postpone the Tripura local body elections scheduled on November 25 and directed the police to increase the security arrangements for conducting free and fair polls and the declaration of results.

Tensions in Tripura have increased after violent incidents in the run-up to the elections to the Agartala Municipal Corporation (AMC) and 12 other municipal bodies.