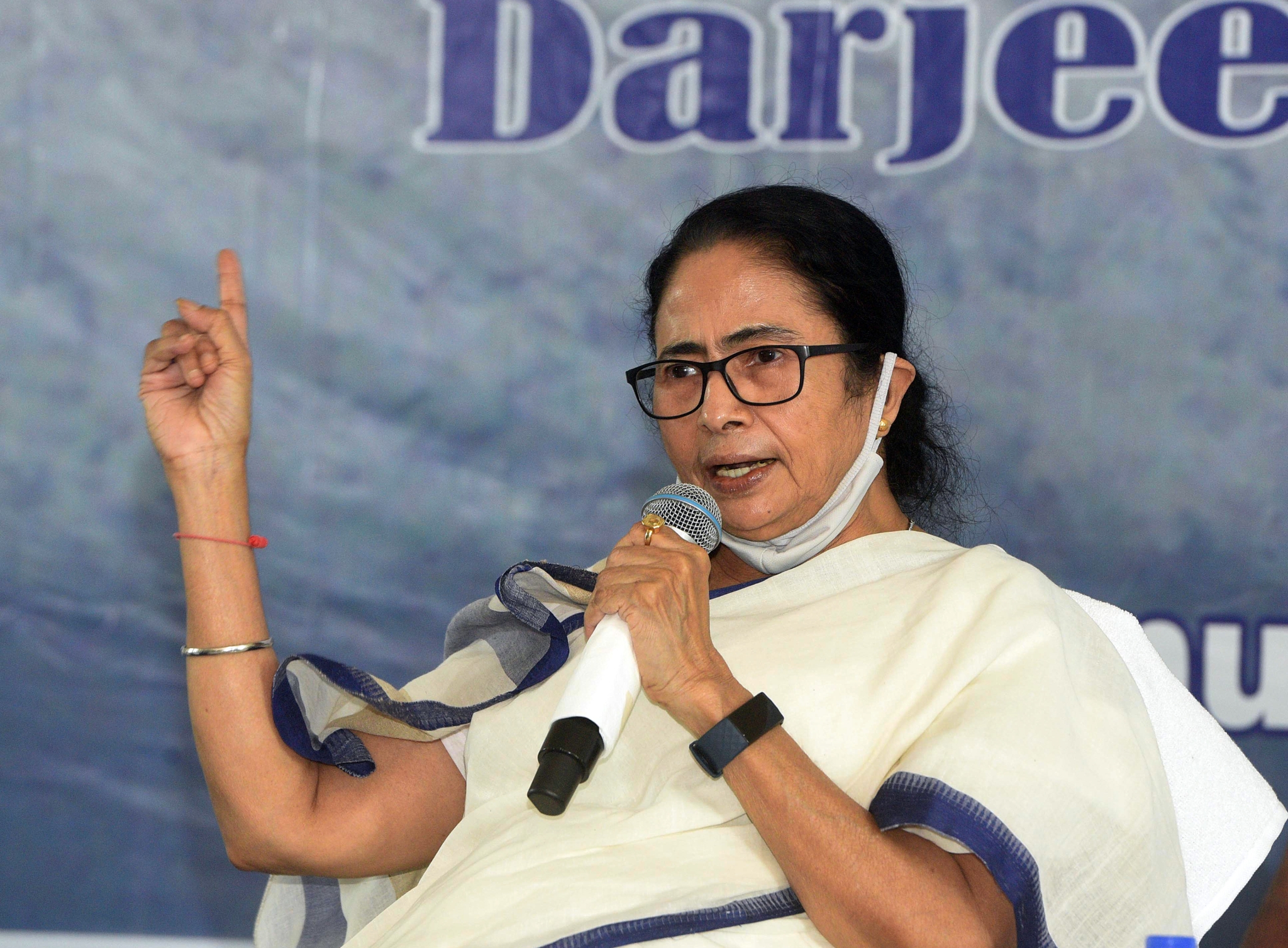 Kolkata: ‘As expected’, the ruling Trinamool Congress (TMC) has won all the four constituencies which went for bypoll on October 30, including Dinhata and Santipur which was won by the BJP in the Assembly poll.

TMC’s Udyan Guha who had lost to BJP MP Nisith Pramanik by 57 votes in the Assembly election in the Dinhata constituency, has won the same constituency against BJP’s Ashok Mandal by 163766 votes.

In Santipur, another BJP MP Jagannath Sarkar had won against TMC’s Ajoy Dey by 15878 votes in the Assembly polls. However, in the bypoll, TMC’s Braja Kishor Goswami won against BJP’s Niranjan Biswas by 64022 votes.

In Khardah, deceased TMC MLA Kajal Sinha had won against BJPs Shilbhadra Datta by 28140 votes. And in the bypoll TMC’s Shobhandeb Chattopadhyay won by 93449 votes against BJP’s Joy Saha.

In Gosaba, TMC’s Jayanta Naskar had defeated BJP’s Barun Pramanik by 23243 votes in the Assembly election and in the bypoll, TMC's Subrata Mandal won by 141893 votes against BJP's Palash Rana.

Taking to Twitter, West Bengal Chief Minister Mamata Banerjee said, “My heartiest congratulations to all the four winning candidates! This victory is people's victory, as it shows how Bengal will always choose development and unity over propaganda and hate politics. With people's blessings, we promise to continue taking Bengal to greater heights!”

Notably, with this win, the total number of seats won by the ruling Trinamool Congress goes to 217 from their 213 in the Assembly polls and for BJP, the number stands at 75 officially as the five defected MLAs to TMC didn’t resign from their post.

According to BJP national vice president Dilip Ghosh, there were incidents of sporadic violence in Dinhata and Gosaba for which the TMC had won the election.

“Everyone knows how sporadic violence was seen at different places. Moreover, the situation was not conducive to hold polls and BJP had opposed it but the TMC forcibly held the polls just to win the polls by hook or by crook,” said Ghosh.

According to the poll analysts, the results were ‘as expected’ as the bypoll normally trends in favour of the ruling party.