Tis Hazari violence: Nobody claps with one hand, says SC 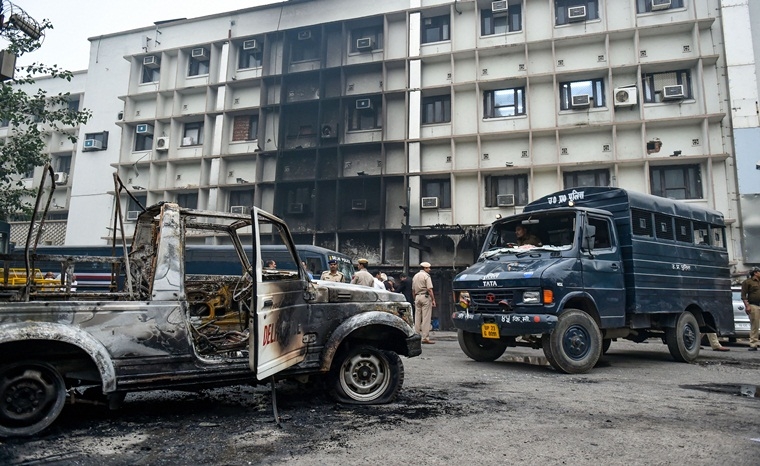 New Delhi: The Supreme Court on Friday indicated both sides - lawyers and police - bore responsibility when the Bar Council of India complained about Delhi Police's "brutality" during the violence in the Tis Hazari court.

"There were problems from both sides. Nobody claps with one hand," a bench of Justices Sanjay Kishan Kaul and KM Joseph said as Bar Council of India Chairman Manan Kumar Mishra told the court that the police crossed its limits in the November 2 incident.

He also questioned the police's action of firing bullets on lawyers.

Justice Kaul responded that that he will not comment anything on this issue.

"Sometimes our silence is good enough. There were problems from both sides. Nobody claps with one hand. We won't speak much," he said.

The top court had asked the BCI to assist it in the matter.

Attorney General KK Venugopal, who was also present during the hearing, told the court that the ongoing strike in Delhi courts after the violence at Tis Hazari court has affected judicial work.