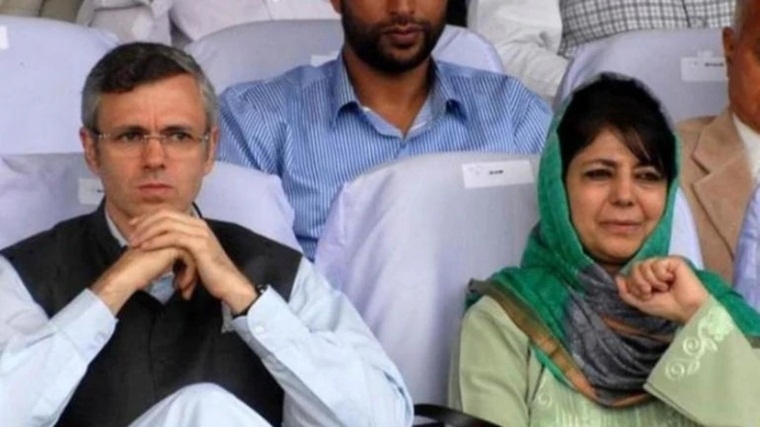 Two policemen were killed and 12 others suffered injuries as terrorists attacked a bus carrying Jammu and Kashmir Armed Police personnel on the outskirts of Srinagar on Monday, officials said.

The bus came under fire from terrorists in Zewan in Pantha Chowk area this evening, police officials said.

They said at least 14 policemen sustained injuries in the attack. The injured were evacuated to various hospitals where two of them died.

The deceased included an assistant sub-inspector of the armed police.

The area has been cordoned off and a search operation launched to track down the assailants, the officials said, adding that further details are awaited.

"Terribly sad to hear about the Srinagar attack in which two policemen were killed. GOIs false narrative of normalcy in Kashmir stands exposed yet there has been no course correction. My condolences to the bereaved families," wrote Mehbooba Mufti.

"Terrible news of a terror attack on a police bus on the outskirts of Srinagar. I unequivocally condemn this attack while at the same time send my heartfelt condolences to the families of the deceased & prayers for the injured," tweeted Omar Abdullah.