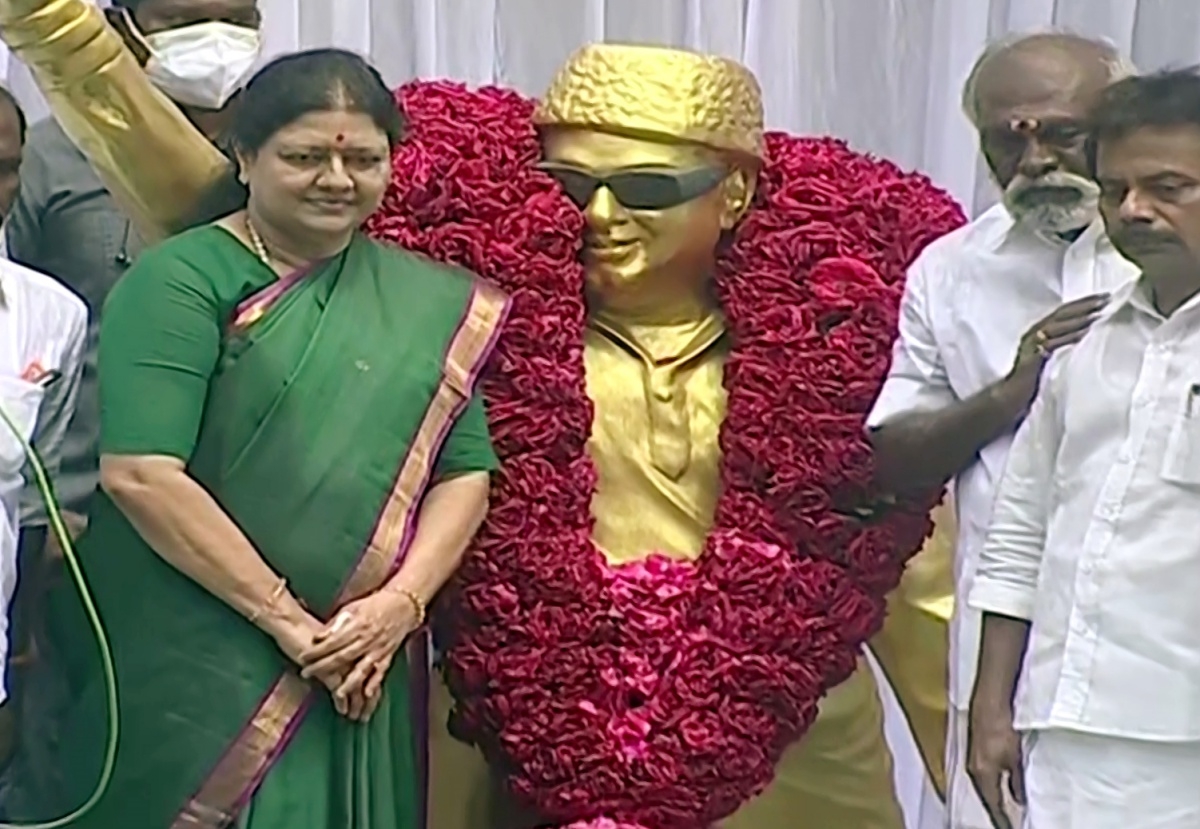 Former AIADMK leader VK Sasikala poses for a photograph with a garlanded statue of party founder MG Ramachandran, at Ramapuram, in Chennai on Sunday. | ANI

AIADMK's expelled general secretary VK Sasikala on Saturday hoisted the party flag and distributed sweets outside the MGR memorial in Chennai's T-Nagar to mark the occasion of the party's 50th anniversary. However, AIADMK's D Jayakumar has expressed disappointment and said Sasikala had no right to hoist the party flag.

He termed her actions 'illegal'.

Sasikala on the ocassion called for unity of all party factions and asked the cadres to work for its emergence as the number one party in Tamil Nadu in the days to come. She visited the residence of AIADMK founder and former Chief Minister, late M.G. Ramachandran, at Ramapuram here to inaugurate the golden jubilee celebrations of the AIADMK.

However, her actions irked former Tamil Nadu minister D Jayakumar as he said, "Sasikala has no right to hoist the AIADMK flag or use our party name and claim herself as general secretary."

"If Sasikala claims herself as general secretary of AIADMK then it's against the court's order," he added.

But Sasikala called for "unity" and said that "separation between us" has made AIADMK's rivals stronger.

She also called upon her supporters not to abuse AIADMK leaders who are not on her side, saying that this was the mistake made by the faction who was opposite to her and requested her supporters not to make the same mistake. Her speech was well received with loud applause from the audience.

She coined the slogan "Naam ondraaga veendum, kazhagam vendraga veendum" (We have to unite, the party has to win) as she garlanded the statues of MGR, and the portraits of Jayalalithaa and Janaki Ramachandran.

Sasikala also recalled the earlier split in the AIADMK in the late 1980s and said that she had personally met Janaki Ramachandran and that her initiative had led to the merger of both the factions of the AIADMK under Jayalalithaa.

On Saturday, Sasikala who was addressed as 'Chinnamma' by the cadres, paid floral tributes at the memorial of Jayalalithaa after a gap of five years. She was even seen weeping, leading to a sharp retort by AIADMK leader and former minister, D. Jayakumar who said that Sasikala would get the 'Oscar' award for her performance at the memorial. 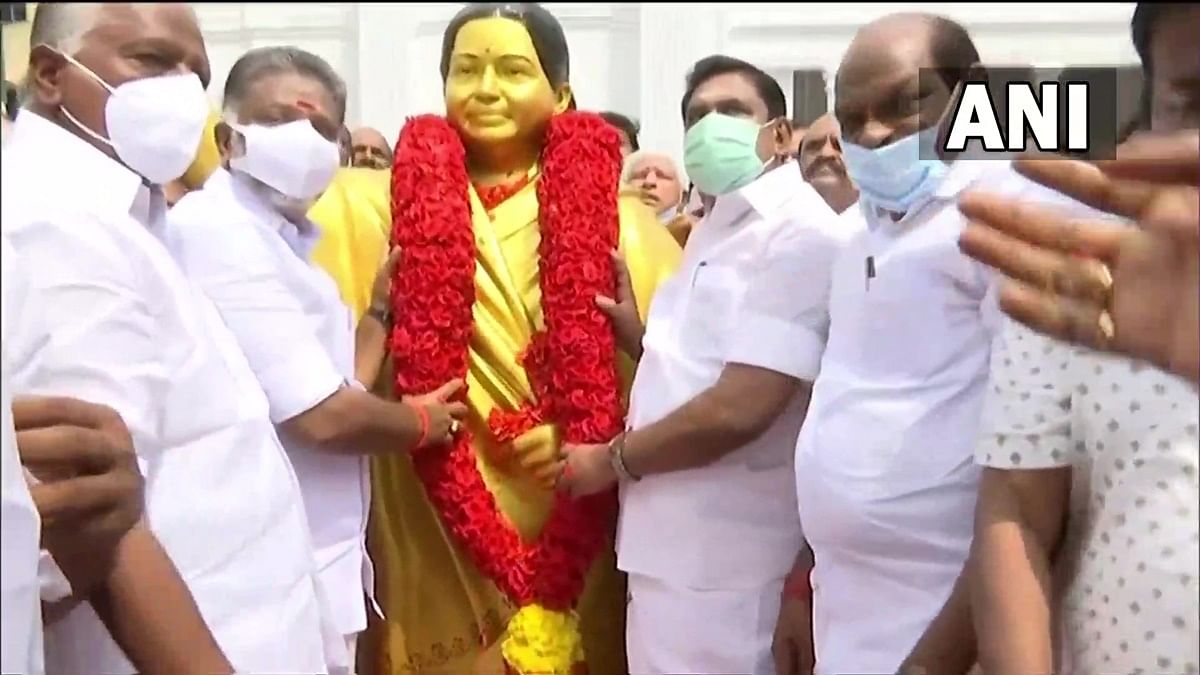