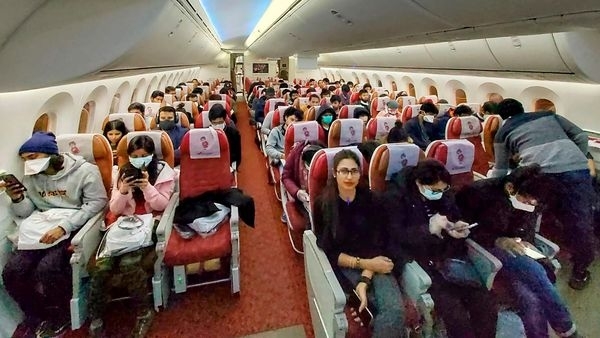 New Delhi: Amidst the ongoing turmoil in Afghanistan, Air India flight has been rescheduled for Kabul from morning to afternoon while two aircraft with flight crews are on standby for evacuation.

"Air India flight has been rescheduled for Kabul from 8:30 am to 12:30pm due to prevailing situation in Kabul," an Air India official told ANI.

Flight operations from around the world are affected at Kabul's Hamid Karzai International (HKI) airport due to the ongoing turmoil in Afghanistan.

Sources also indicated that the road to the Kabul airport was blocked since night due to the ongoing violence in the city. "The passengers, as well as the airline staff, are facing severe and challenging conditions to reach the airport," sources told ANI. India closely monitoring situation in Afghanistan; gearing up to evacuate staff from Kabul

Communication with airline employees is also challenging, with mobile networks not operational in many parts of the cities.

Air India operates one flight per day to Kabul and the airline has advance booking for that. The Ministry of External Affairs (MEA), Ministry of Civil Aviation (MoCA) and Air India are in touch and continuously monitoring the situation in Afghanistan.

Earlier, Captain T Praveen Keerthi, General Secretary of Air India Pilots Association (ICPA), had written a letter to Civil Aviation Minister Jyotiraditya Scindia regarding the evacuation of Indians and others from Kabul (Afghanistan).

"We would like to inform you that our pilots are ready to operate Evacuation Flights in the service of our country. Our pilots are ready and willing to go above and beyond to evacuate our Indians. Being a Patriotic and responsible union, the ICPA would extend complete support and cooperation to evacuate the precious lives of the people of our country from Afghanistan. You can count on us," ICPA letter read.

UAE's Fly Dubai suspended its services to Kabul due to the conflict in the country and British Airways ordered all its pilots to avoid Afghanistan's airspace due to precarious conditions in the country.

Reports suggest that the movement will soon proclaim the re-establishment of the Islamic Emirate of Afghanistan. India has a contingency plan ready for Afghanistan
Advertisement