Chinmayanand was admitted to Lucknow's Sanjay Gandhi Post Graduate Institute of Medical Sciences on Monday after he complained of the chest pain.
ANI 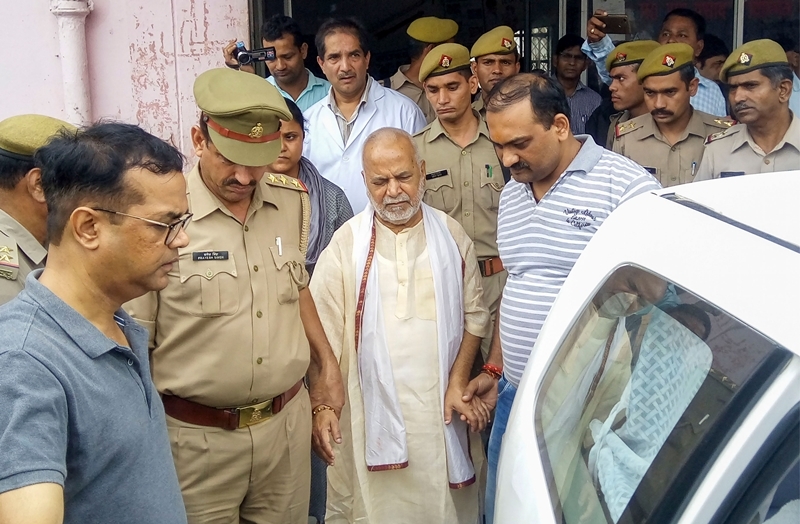 Lucknow: The health condition of Swami Chinmayanand, who was arrested for allegedly raping a law student, is stable, the hospital said on Wednesday.

Chinmayanand was admitted to Lucknow's Sanjay Gandhi Post Graduate Institute of Medical Sciences on Monday after he complained of the chest pain.

"Chinmayanand is admitted in Cardiology Ward of SGPGI. His condition is stable but still under observation," stated the hospital.

A local court in Uttar Pradesh's Shahjahanpur had on September 20 sent Chinmayanand to judicial custody for 14 days for sexually assaulting a law student.

He was charged with an offence not amounting to rape, stalking and criminal intimidation.

The law student, who studied in the college run by Chinmayanand, went missing on August 24 after a video of her alleging that a person from 'Sant Samaj' had threatened to kill her and her parents went viral on the social media.

Later, she testified before a local court that Chinmayanand repeatedly raped her for over a year. She said that the accused recorded the incident on the camera and used it to blackmail her.

Chinmayanand had, in turn, filed an extortion case against her and three others.

After she confessed before the special investigating team of having asked for the extortion money to the tune of Rs 5 crore from Chinamayanand, she was arrested and produced before the court, which sent her to 14-days judicial custody, earlier on Wednesday.