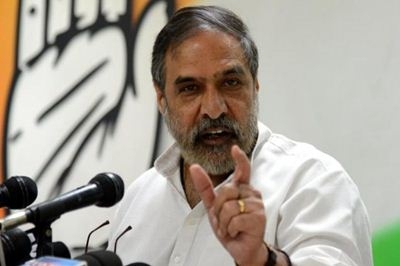 “You must have seen External Affairs Minister Sushma Swaraj’s tearjerker. What we saw was an apology of defence. It is a hogwash which is difficult to accept. It is punctured with multiple holes and is contradictory. “The basic question is: should a minister clandestinely arrange, facilitate or make requests for travel documents to a fugitive, which were rejected by the British government earlier,” Sharma told reporters here.

He was reacting to the statement of Swaraj in the Lok Sabha in which she said that she had not helped Lalit but his cancer-stricken wife and questioned if Sonia Gandhi would have acted differently if faced with such a situation. “His wife has been suffering from cancer for the last 17 years and it is the 10th time it has recurred… I want to ask what Sonia Gandhi would have done had she been in my place. Would she have left her to die?” Swaraj said.