The court also further directed the WBSSC to issue a fresh notification regarding the appointment of teachers as well as Ground C and Group D staff by September 28.

Kolkata: A single-judge bench of the Calcutta High Court on Wednesday directed the West Bengal School Service Commission (WBBSC) to identify illegally appointed teaching staff in state-run schools, terminate their services and replace them with the eligible candidates who are in the waiting list.

The bench of Justice Abhijit Gangopadhyay also asked the counsels of WBSSC and the petitioners in the matter to review the recruitment and waiting lists on an emergency basis and submit a report. The court directed the WBSSC to issue a fresh notification regarding the appointment of teachers as well as Ground C and Group D staff by September 28.

Earlier, the counsel for the petitioners, Bikash Ranjan Bhattacharya had informed the court that as per the report of the Calcutta High Court-appointed committee headed by Justice Ranjit Kumar Bag (retired) informed that a total 609 Group C and Group D staff were recruited illegally, "Out of 609, the services of 573 were terminated. However, those vacant posts are yet to be filled up," Bhattacharya informed the court.

Justice Gangopadhyay directed WBSSC authorities to identify 573 candidates from the waiting lists and immediately start the process of their counselling, a figure which was accepted by a division bench of the same court.

The Justice also ordered the Central Bureau of Investigation (CBI) team, who is probing the WBSSC recruitment irregularities to submit a separate report on the same on the ineligible candidates who got teachers' appointments illegally.

According to him, the two reports will be reviewed after which those getting appointment illegally will be terminated from their services and replaced by those eligible candidates who are in the waiting list.

"If necessary, the CBI team might also consult the WBSSC officials while preparing their report," observed Justice Gangopadhyay. Earlier on Wednesday, the CBI submitted a report to the court on the progress of its investigation in the WBSSC recruitment irregularities scam.

It also informed the court about the latest arrest of Subiresh Bhattacharya, Vice-Chancellor of the University of North Bengal and the former WBSSC chairman, in connection. 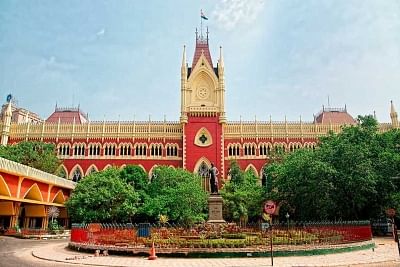