The Shiv Sena on Thursday said it is "shocking" that a detailed account of the standoff in Galwan Valley has not been made public and if it is true that the Chinese intruded into the Indian territory, then it is an attack on the country's sovereignty.

An editorial in Sena mouthpiece 'Saamana' said in the last six years, there has been a "propaganda" that India has become strong under Prime Minister Narendra Modi's rule.

"But in this period, Pakistan, Nepal, and now China have directly attacked us. We don't have good relations with our neighbours and it is surprising that claims are made by our politicians of winning the world," it said.

"Pakistan's attitude is the same even after surgical strikes. China can't be trusted and is known for deception.

But, if Nepal also takes an anti-India stand, the position of our country is not good," the Marathi daily said.

Nobody wants tension on the borders, especially in the present times, but should the sacrifices of 20 soldiers be allowed go waste? it asked, and said, "if there is no retaliation, Modi's image will take a beating".

Twenty Indian Army personnel, including a colonel, were killed in the clash with Chinese troops in the Galwan Valley in eastern Ladakh on Monday night, the biggest military confrontation in over five decades that has significantly escalated the already volatile border standoff in the region.

The Sena claimed government sources have quoted that a Chinese commanding officer and 30 to 40 of their soldiers have been killed. 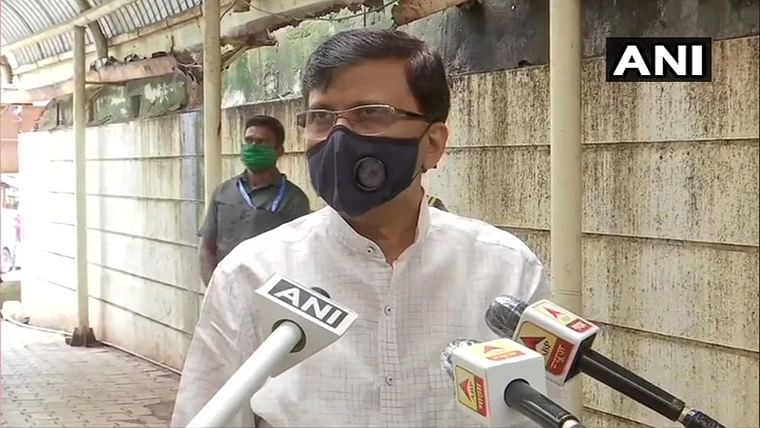 "Should we be happy and clap over this? If it is true that the Chinese intruded into our territory, it is an attack on our sovereignty. It is shocking that even after our 20 soldiers laid down their lives, a detailed account of the developments has not yet been made public," it said.

Earlier in 1975, the Chinese intruded into Arunachal Pradesh and four Indianjawans were then killed in the firing, the former NDA constituent said.

"Now if there is so much damage even without the use of any weapon, gun, missile or tanker, then why manufacture security-related equipment and nuclear bombs. We are taking each other lives in physical fights," it said.

The Sena further said the US and China are fighting over the spread of COVID-19 pandemic, but the USA "doesn't come in the range of Chinese missiles".

"We shouldn't forget that China is our neighbour," the Uddhav Thackeray-led party said.

Pandit Nehru, Indira Gandhi and (Atal Bihari) Vajpayee tried to keep the borders calm because the country has to pay a price when there is tension on the borders, it pointed out.

"It is easy to say tensions with China are due to the failed foreign policy of Nehru regarding the neighbouring country, but it is the duty of the Modi government to stop the killing of our soldiers on the Chinese border," the Sena said.

Before he became PM, Modi would say the problem is not on the borders, but in Delhi and the Centre is weak because of which the enemy is attacking India, it claimed.

"When the Chinese president came to Ahmedabad and sat on a swing with Modi eating dhokla, we had warned that don't trust the Chinese. Nehru was betrayed and the same would happen again. Unfortunately, what we said was proved true," the Sena said.

It is easy to threaten Pakistan and derive political mileage with surgical strikes, but China has a place of its own in the world order which confronts a superpower like the USA.

Missing Nepal plane: 4 Indians from Mumbai among 22 people on board