'She was mother figure to us, action will be taken if proven wrong': Punjab Congress in-charge on Sidhu's advisor's controversial post on late PM Indira Gandhi 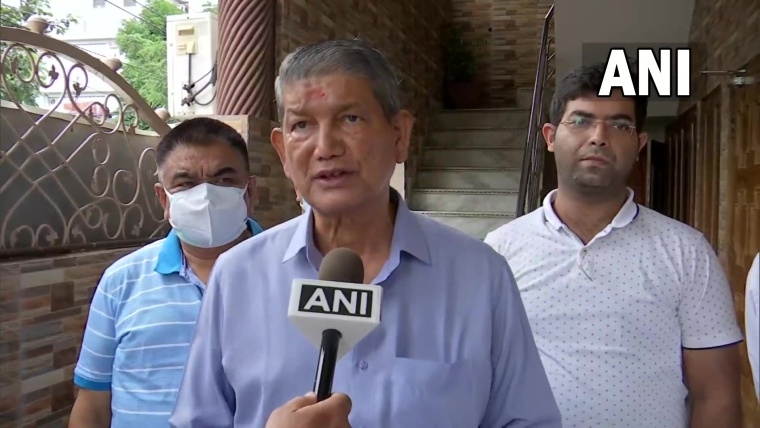 While Punjab Congress Chief Navjot Singh Sidhu has summoned one of his advisor Malwinder Singh Mali for posting a controversial sketch of former prime minister Indira Gandhi, state Congress in-charge Harish Rawat commenting on the matter on Monday said, she was one of the most popular leaders and a mother figure to all of them.

He said further that if something insulting is said about her, we'll condemn it and if proven during collection of information, action will be taken against them.

She was one of the most popular leaders; a mother figure to us. If something insulting is said about her,we'll condemn it...If proven during collection of info,action will be taken: Punjab Congress in-charge on Sidhu's advisor posting controversial sketch of late PM Indira Gandhi pic.twitter.com/3eCUWDGfsO

On the other hand, the advisor who posted the controversial sketch opening on this matter said, whatever I had to say I've said it on social media, and that's final. If anyone makes a mistake, they should reflect. "We must continue to work welfare of Punjab," he added.

Malwinder Singh Mali and Pyare Lal Garg who were appointed advisers by Navjot Singh Sidhu on August 11 today were summoned by Sidhu to his Patiala residence amid controversy over their recent comments on sensitive issues like Kashmir and Pakistan.

Sidhu's advisor Malwinder Singh Mali had kicked off a major controversy by posting a sketch of Indira Gandhi standing near heap skulls and holding. This is not the first time Mali is courting controversy.

Whatever I had to say I've said it on social media, & that's final. If anyone makes a mistake, they should reflect.We must continue to work welfare of Punjab: Malvinder S Mali, Punjab Congress Chief Navjot Sidhu's advisor who posted a controversial sketch of late PM Indira Gandhi pic.twitter.com/OUuAsY5s0u

In a recent social media post, Mali had waded into the issue of revocation of Article 370 of the Constitution, which gave a special status to the erstwhile state of Jammu and Kashmir. He had reportedly said if Kashmir was a part of India, then what was the need to have Articles 370 and 35A.

Commenting on the Jammu and Kashmir matter, Harish Rawat said, "I'd like to clarify on behalf of the party that J&K is an integral part of India.Nobody has the right to cast a doubt on that status, let alone issuing a statement."

Taking a strong exception to the recent statements of Punjab Congress chief Navjot Singh Sidhu's two advisors on sensitive national issues, Punjab Chief Minister Captain Amarinder Singh on Sunday slammed them for making such "atrocious and ill-conceived" comments that were "potentially dangerous" to the peace and stability of the state and the country.

The Chief Minister urged Sidhu's advisors - Dr Pyare Lal Garg and Malwinder Singh Mali -- to stick to giving advice to the PPCC president and not speak on matters of which they clearly had little or no knowledge, and had no understanding of the implications of their comments, read the release from the Chief Minister's Office (CMO).