'Save this tweet': When Deepender Hooda promised Haryana result would break Khattar's 'arrogance' 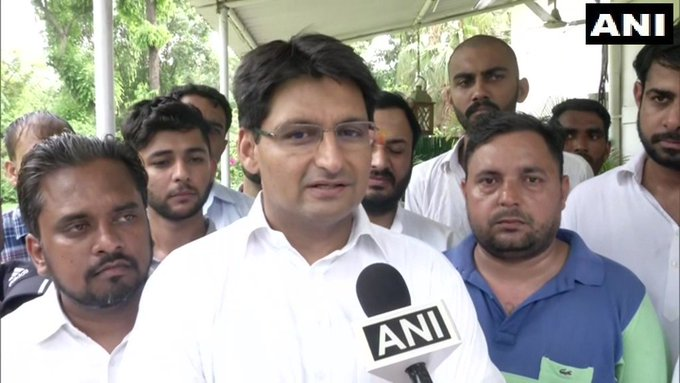 The Assembly Elections in Haryana are proving to be a tough one for the ruling BJP, as the counting of votes suggest a hung assembly with neither the Congress nor the BJP reaching the halfway mark. In this scenario, the Jannayak Janata Party (JJP) led by Dushyant Chautala is expected to play the kingmaker as it is the outfit with the third-largest vote share of 10 seats during counting.

The lower-than-expected performance of the BJP with Manohar Lal Khattar as the Chief Minister brings to mind Khattar’s arch rival and former Haryana CM Bhupinder Singh Hooda’s son, Deepender Hooda’s October 21 tweet. In that tweet, Deepender had said, “Save this tweet, Haryana is going to break the arrogance of Khattar government.”

In what has turned out to be a prophetic tweet, Hooda again retweeted the same post and asked people to save it once again, he said, “Save this tweet from last week once again”.

The BJP led by Khattar is not likely to repeat its 2014 performance wherein it got a whopping 47 seats. The latest trends by the Election Commission shows the ruling party at 38 seats with the Congress leading in an unexpected 33 seats.

Hooda sensing a hung assembly has already reached out to the opposition, primarily the JJP and independents, to form the government along with the Congress party. He described the situation as a clear indication of the people rejecting the BJP and said that the Opposition parties need to come together so that the ‘people’s mandate can be respected’.