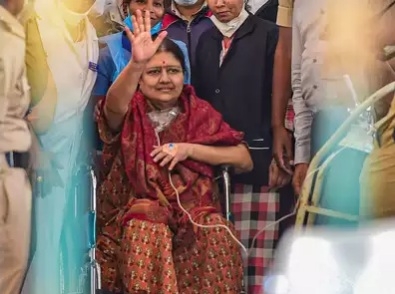 With VK Sasikala completing her prison term and being released on Wednesday, an intense debate is on in Tamil Nadu on the potential role she could play.

Before going to prison, Sasikala had handpicked Edappadi K Palaniswami as CM of Tamil Nadu. However, within months he rebelled against her and joined ranks with his predecessor in office O Panneerselvam, who had split from AIADMK days after proposing Sasikala as leader of the Legislature Party.

Much water had flown down the Cauvery since then with the AIADMK removing Sasikala as interim general secretary of the party and expelling her nephew TTV Dhinakaran, floated the AMMK and poll over 5% votes in the last Lok Sabha polls.

It is unclear if Sasikala would play a political role. Technically under the Representation of People Act, she would stand disqualified from contesting elections for six years. “She still has supporters in the AIADMK including some ministers, who are playing their cards close to their chests. Most might actually wait till the Assembly poll is over to see how the AIADMK performs before switching loyalties to her,” said political analyst Mani.

On Wednesday, the AIADMK leadership expel­led Subramania Raja, a MGR Mandram joint secretary in Tirunelveli as he put up posters hailing Sasikala and urging her to lead the party.

“Sasikala has the sympathies of a section of the Mukklathors, a powerful OBC community to which she belongs. They believe she sacrificed her life for Jayalalithaa. Also, there is a feeling of betrayal within the AIADMK who feel now the party has come under the domination of the Gounders, another OBC community to which CM Edappadi K Palaniswami belongs. These could cause some disturbances,” added Mani.