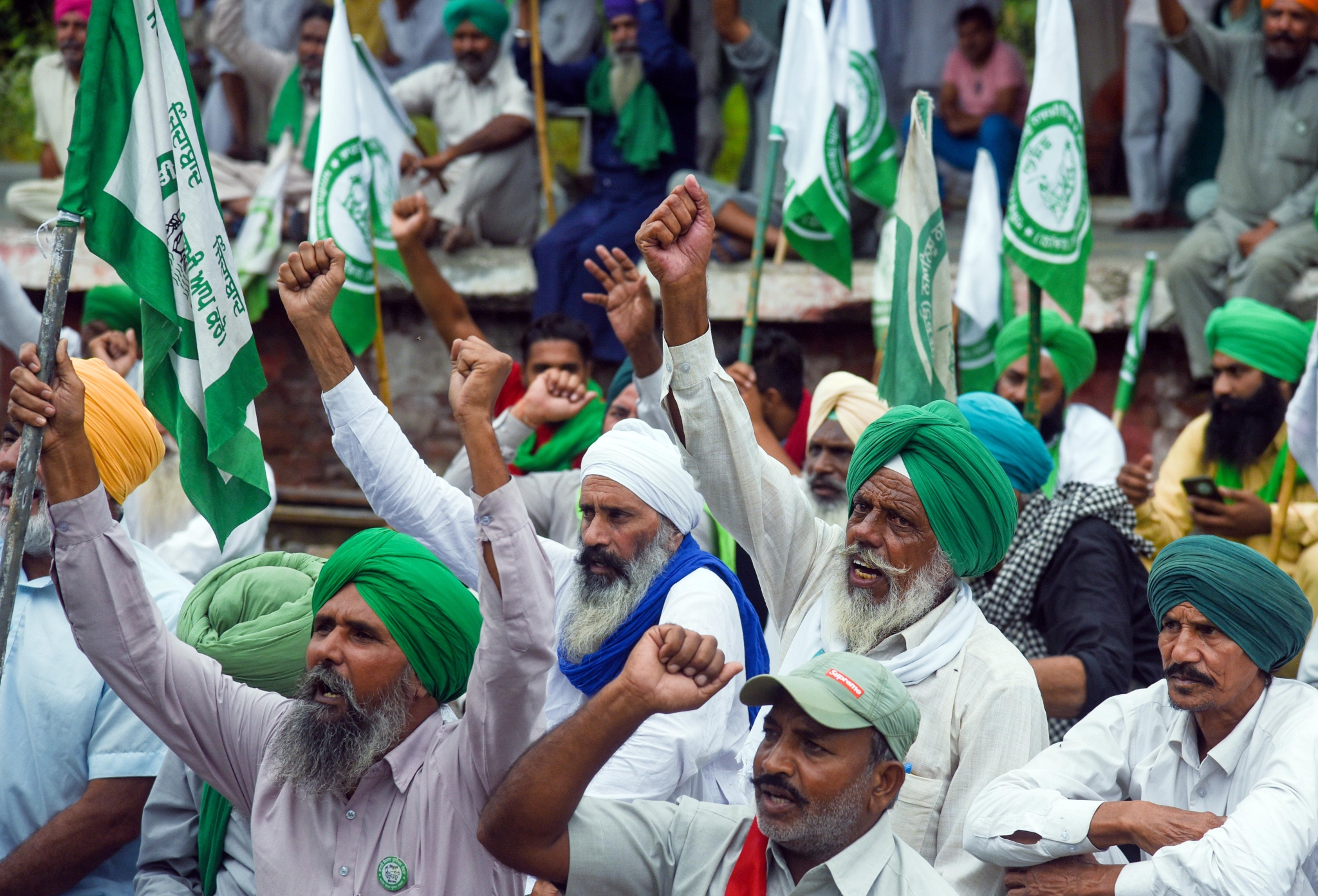 Farmers protesting against the central farm laws will hold a countrywide protest on Tuesday to demand the sacking of Union Minister Ajay Mishra Teni, whose son is an accused in the Lakhimpur Kheri incident in which eight people, including farmers, were killed.

On completion of 11 months of the farmers' movement, the Samyukta Kisan Morcha (SKM) has called for nationwide protests at tehsil and district headquarters from 11 am to 2 pm on Tuesday.

The call for the protest has been made by the Samyukta Kisan Morcha (SKM), a farmer unions' collective leading the anti-farm laws stir since November 2020 at Delhi's borders, the Bhartiya Kisan Union (BKU), which is part of the movement, SKM said.

The SKM in an official statement said that this is to press the demand for arrest and dismissal of Union Minister of State for Home Affairs Ajay Mishra Teni in connection with the Lakhimpur Kheri incident. "These protests will end with a memorandum addressed to the President of India, submitted through the District Collectors/Magistrates," SKM said.

"Demonstrations would be held at administrative headquarters in every district of the country. A memorandum will be submitted to the government with a demand that the Union Minister of State for Home Affairs Ajay Mishra be removed from his post," BKU media in-charge Dharmendra Malik told PTI.

"The pan-India protest will be supported by all farmer groups associated with the movement against the contentious farm laws. Through the memorandum, we will also appeal once again that these laws be rolled back," Malik said.

He said local issues faced by farmers at regional levels and district levels will also be highlighted during the protests on Tuesday.

A total of eight people including four farmers died in the violence that took place in Lakhimpur Kheri district of Uttar Pradesh on October 3. Ajay Kumar Mishra Teni's son Ashish Mishra and 12 others have been arrested in connection with the incident.

Local farmers blame Union Minister of State for Home Affairs Ajay Kumar Mishra Teni and his son for the violence. They were allegedly mowed down by a vehicle that was part of the convoy of the Minister in Lakhimpur Kheri in north-central Uttar Pradesh.

Videos are also being circulated on social media where a Mahindra Thar was seen knocking down protesters from behind.

However, Ajay Mishra Teni had refuted the allegations saying that his son was not present at the site of the incident. Ashish reiterated the same and refuted the allegations. Later, over a dozen people, including the minister's son Ashish Mishra, have been arrested so far by a special investigation team (SIT) which is probing the case.