Today a crowd stormed the Gaya Junction, raising slogans, and set fire to the Bhabhua-Patna Inter City Express, though nobody was injured.

Union Railway Minister Ashwini Vaishnaw over the students' protest against alleged irregularities in Non-Technical Popular Categories exams on Wednesday requested students to not to take the law into their hands.

This comes after a train was set on fire and demonstrations were staged at a couple of stations today, marking the third day of unrest in Bihar against alleged anomalies in the tests conducted by the Railway Recruitment Board in NTPC category.

The union railway minister urging the students to not take law in their hands said the central government will seriously address the grievances and concerns raised by them.

Further he added that all RRB chairmen have been asked to listen to the concerns of students, compile them and send them to the committee and also said that an email address has been set up for this purpose. "The committee will go to different parts of the country and listen to grievances," he added.

On students' protest against alleged irregularities in Non-Technical Popular Categories exams, Railway Minister Ashwini Vaishnaw says, "I request students not to take the law into their hands. We will seriously address the grievances and concerns raised by them." pic.twitter.com/7I7rL890BL

The minister informed that students can submit their grievances before the committee till February 16. "The committee will examine the grievances and submit its recommendations before March 4," news agency ANI quoted him as saying.

Today a crowd stormed the Gaya Junction, raising slogans, and set fire to the Bhabhua-Patna Inter City Express, though nobody was injured.

East Central Railway CPRO Rajesh Kumar told PTI-Bhasha, "The rakes were empty and parked inside the yard when miscreants set a coach on fire. It has not resulted in disruption of rail traffic." Gaya SSP Aditya Kumar said some of the agitators were taken into custody.

The ECR CPRO said demonstrations were also witnessed at Taregana, on the outskirts of Patna, and at Jehanabad though agitators there were pacified without much trouble.

Meanwhile, the Railways decided to suspend its NTPC and Level 1 tests following the protests by aspirants. 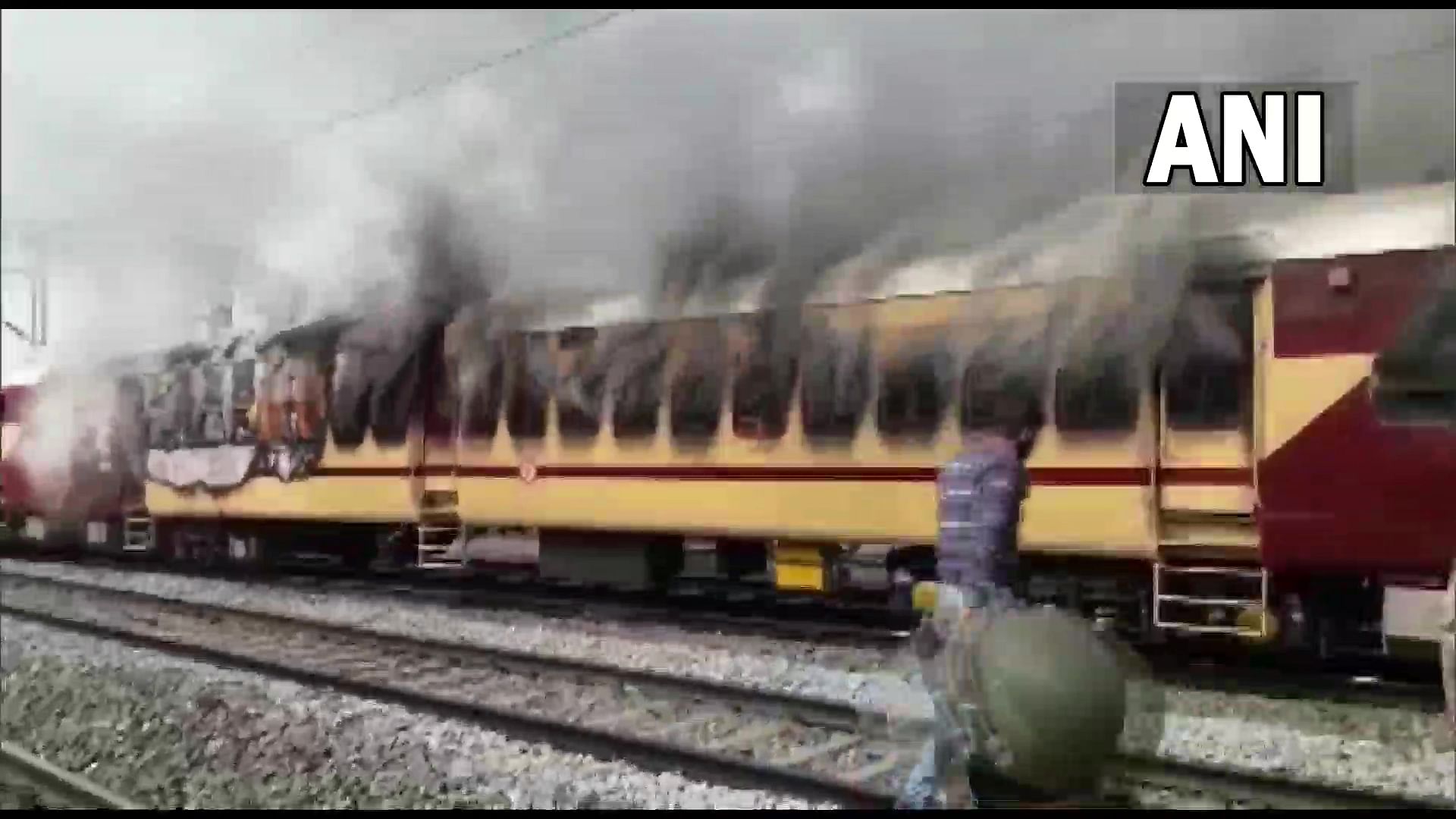