Red Corner notice likely to be issued against Lalit Modi 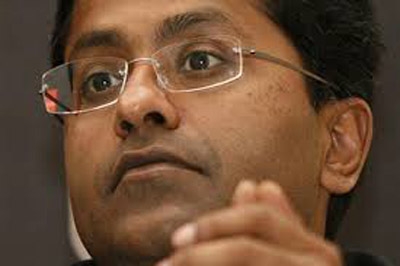 Jaipur: The Centre today said it was taking steps to extradite Lalit Modi and a Red Corner notice may soon be issued against him, even as it attacked Congress alleging that the UPA government did not build a strong case against the former Indian Premier League chief. Union Minister of State for Information and Broadcasting Rajyavardhan Rathore alleged here that the UPA government was just “misleading” people on the issue of action against the former IPL Commissioner.

“During the UPA rule, only FEMA case was lodged against Lalit Modi which has no provision of arrest and maximum punishment is just penalty. “A light Blue Corner notice was issued against him which is effective for regional airports only, then how a person sitting in London can be brought back,” he asked. A non-bailable arrest warrant was issued against Lalit Modi last week by a Mumbai court over his alleged involvement in financial irregularities in the IPL.

Rathore said that External Affairs Minister Sushma Swaraj has already explained her position in Parliament over the allegation of Congress and clarified that she did nothing wrong. “Congress did not allow Parliament to function and it wasted huge amount of public money. “Important bills like GST could not be cleared and MPs could not raise their issues which was very unfortunate. The Congress wasted the entire Monsoon session,” he alleged. Congress vice-president Rahul Gandhi yesterday launched a scathing attack on the External Affairs Minister Swaraj and Prime Minister Narendra Modi, whom he dared to bring the former IPL commissioner back to India for cleansing cricket.

Questioning the leadership ability of the Congress vice president, Rathore said that he spoke in Parliament like an election rally and did not mention facts which shows his ability. The Union minister said that a picture, which went viral, purportedly showed that he read written speech and questioned that when Congress vice president can do so, then what will be the ability of other Congress leaders? Rathore said that the Modi government achieved several goals in its 18 months in power.

“It included opening of a large number of bank accounts for people who had no accounts earlier, construction of 1.20 crore toilets, pouring of FDI and other achievements in social sector,” he said.