'Rajinikanth's politics will not click in Tamil Nadu because...': Congress leader Veerappa Moily 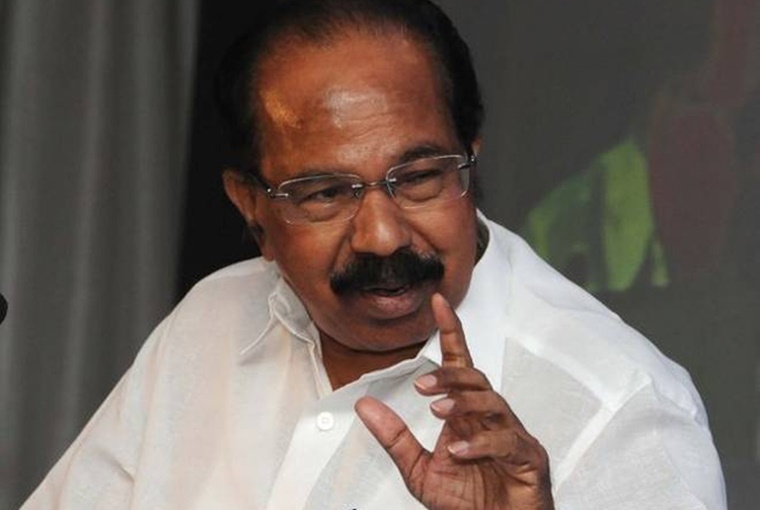 After superstar Rajinikanth on Thursday announced that he would launch his political party in January 2021 and would also fight the upcoming assembly elections in Tamil Nadu, senior Congress leader and former Karnataka Chief Minister Veerappa Moily on Friday said that the actor's politics will not click because " the ethos of Dravidian culture has always manifested in the politics of Tamil Nadu".

"I don't think the Rajinikanth politics will click because the ethos of Dravidian culture has always manifested in the politics of Tamil Nadu," Moily, who was in-charge of Congress affairs in Tamil Nadu several years ago, told PTI. "Any political party in Tamil Nadu cannot survive without the affiliation to a Tamilian party, regional party," the former Karnataka Chief Minister said.

Moily said that Rajinikanth has already given an impression that he is more or less aligned with the "ideals" of the BJP, adding, "that's why it (his party) cannot take-off." "Unless Rajinikanth again nurtures himself from out of the ethos of Dravidian culture, I don't think he will have any (political) future," he said.

Meanwhile, Congress MP Karti Chidambaram had on Thursday said that he won't be surprised if Rajinikanth aligns with BJP and Tamil Nadu Deputy Chief Minister O Panneerselvam. "Perhaps plan is to block the Two Leaves symbol of @AIADMKOfficial by engineering a split, leaving @CMOTamilNadu in limbo. Will have to watch to see if @TTVDhinakaran aligns with EPS," he added.

Besides, Tamil Nadu Deputy Chief Minister O Panneerselvam on Friday hinted at a possible alliance with Rajinikanth's party for the upcoming assembly elections in the state. "We welcome great film actor Rajinikanth’s decision to enter politics. In politics, anything can happen. If there is an opportunity, an alliance will be formed (with Rajinikanth)," Panneerselvam said.

The assembly elections in Tamil Nadu are due in April-May 2021.