On Rajguru’s 113th Birth Anniversary, let us have a look at some lesser-known facts about him.

Shivaram Rajguru was a great Indian freedom fighter. He played a vital role in India’s Independence. Not many know that his full name was Hari Shivaram Rajguru. He belonged to a Marathi Brahmin Family from Pune.

Rajguru was born on 24th August 1908 in a village known as Khed, Pune. Since childhood he had witnessed the atrocities of the British. This made him have the early inner anger and strength to fight back. Hence, his dedication and patriotism made him an Indian revolutionary.

He is mainly known for his involvement in the assassination of a British Raj police Officer Saunders. It was an act of revenge.

On Rajguru’s 113th Birth Anniversary, let us have a look at some lesser-known facts about him.

1.Rajguru’s father died when he was just 6years old.

2. He completed his education from ‘New English High School’ in Poona.

3. Rajguru joined the ‘Seva Dal’. He had attended the training camps at ‘Seva Dal’ at Ghatprabha. Which was conducted by Dr. N. S. Hardikar, who was also the founder of the Seva Dal.

4. He was the member of the Hindustan Socialist Republican Association (HSRA). It was an association of people who eagerly wanted the India to be from the British rule.

5.Rajguru soon became the associates of the freedom Fighters Bhagat Singh and Sukhdev. His association with them led to the participation in the assassination of the British Raj Officer named John Saunders at Lahore on 17Th December 1928. It was an avenging act for the death of Lala Lajpat Rai.

6.Rajguru with his fellow freedom fighters were convicted for the charges of the British Officer’s death. 7. On 23RD MARCH 1931, all three great freedom fighters, Rajguru, Bhagat Singh and Sukhdev were hanged till death by the British Government at Lahore. Rajguru was only 22 at the time of his death.

8. They were cremated at Hussanianiwala at the banks of Sutlej River in the FIROZEPUR district of Punjab. Every year 23rd March is observed as the Martyr’s Day (Shaheed Diwas) to pay tribute to the to the great freedom fighters.

9. His ancestral house known as 'Rajguru wada' is maintained to him. The Hutatma Rajguru Samarak Samiti (HRSS) hoists the National Flag at Rajguru Wada every year on Republic Day since 2004.

10.In his honor, his birthplace ‘Khed’ is renamed as ‘Rajgurunagar’. Even a college is named after him known as ‘Shaheed Rajguru College of Applied Science for women’ in Vasundhara Enclave Delhi. 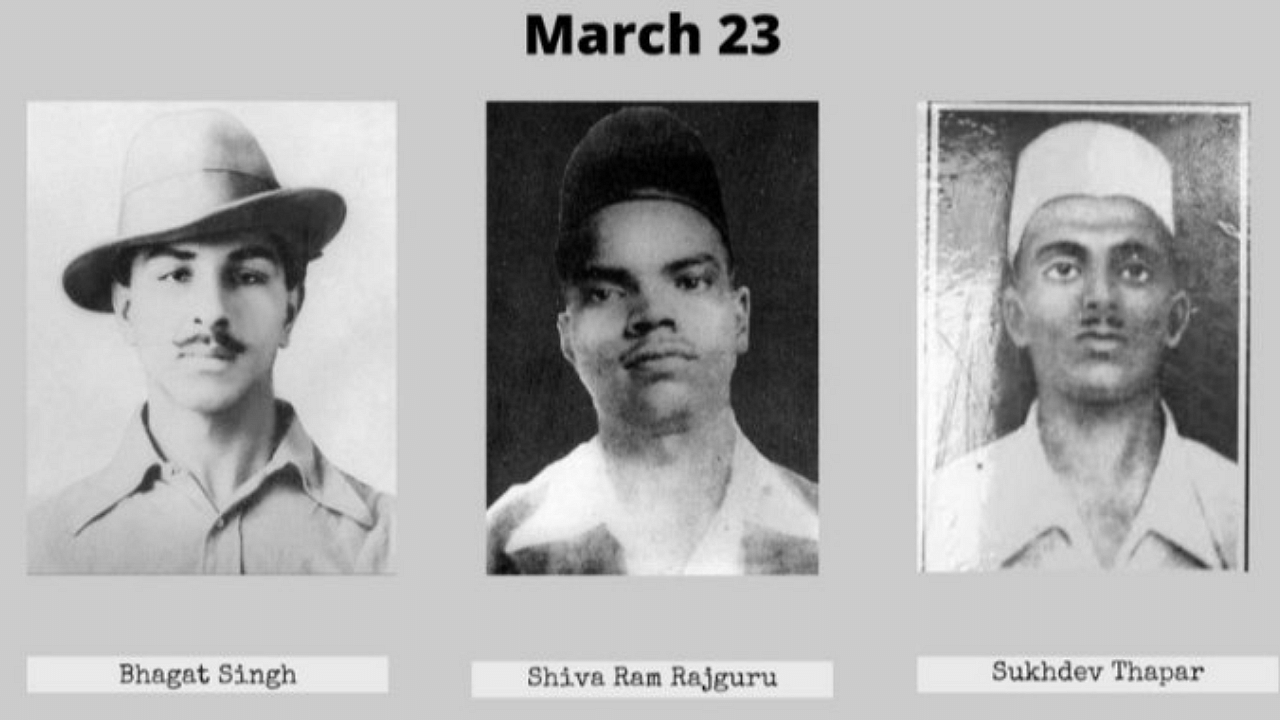