HomeIndiaRajasthan: Mob allegedly lynches vegetable vendor on suspicion of being a thief

The incident sparked tension in the area and angry protestors surrounded the Govindgarh police station, demanding the arrest of the accused.

Jaipur: Around 15-20 people allegedly lynched a vegetable vendor on suspicion of being a thief in Rambas village of Alwar, Rajasthan.

The deceased Chiranji Lal Saini (I50) was defecating on a farm on Sunday when some people came there and mistook Chiranji as a thief of their tractor and thrashed him with sticks, he died in a hospital in Jaipur during treatment on Monday evening. The son of the deceased has lodged a report with the police. The police have detained some of the accused.

Yogesh, the son of the deceased said in his report that his father Chiranji Lal is a vegetable vendor and had gone to the field for defecation on Sunday morning. A thief was running away after stealing a tractor from the Sadar police station area of Alwar. The police and the tractor owner were chasing him. Seeing surrounded by police and tractor owners, he fled leaving the tractor in a field.

The owner of the tractor with 15-20 people reached there before the police and started beating Chiranji Lal, in suspicion of being a thief. He was badly injured by this. By the time the police reached the spot and took the injured to the hospital where doctors gave him first aid and referred him to Jaipur. Chiranjilal died during the treatment on Monday evening.

Acting SHO of Govindgarh police station, ASI Shyam Lal Meena told that the police have registered a case on the report of the deceased’s son against Vikram Khan, Jumma Khan of Ulahedi village and some other people.

The incident sparked tension in the area and angry protestors surrounded the Govindgarh police station, demanding the arrest of the accused. Chiranji Lal Saini's family members and locals sat on a dharna demanding justice. The protesting villagers have said that Saini's body will not be cremated till all the accused in the case have been nabbed. The protestors demanded a compensation of Rs 50 lakh and a job.

Additional police forces were called to ensure that the situation did not spiral out of control as markets remained closed on the block on Tuesday.

The Subdivision officer of the block Lakhan Gurjar said that the police in investigating the case and some of the accused have been detained. The proposal of compensation will be sent to the government and strong action will be taken against the accused 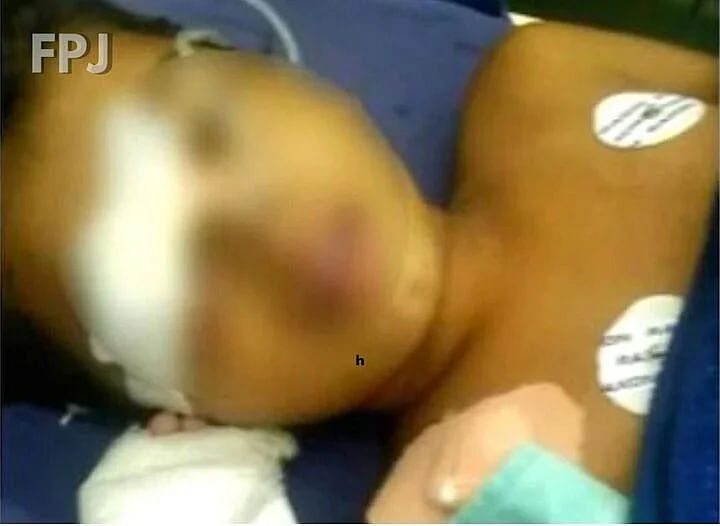