PM Modi reaches out to the protesting farmers

The PM alleged that misinformation is being spread by the Opposition parties about the reforms.
FPJ Bureau 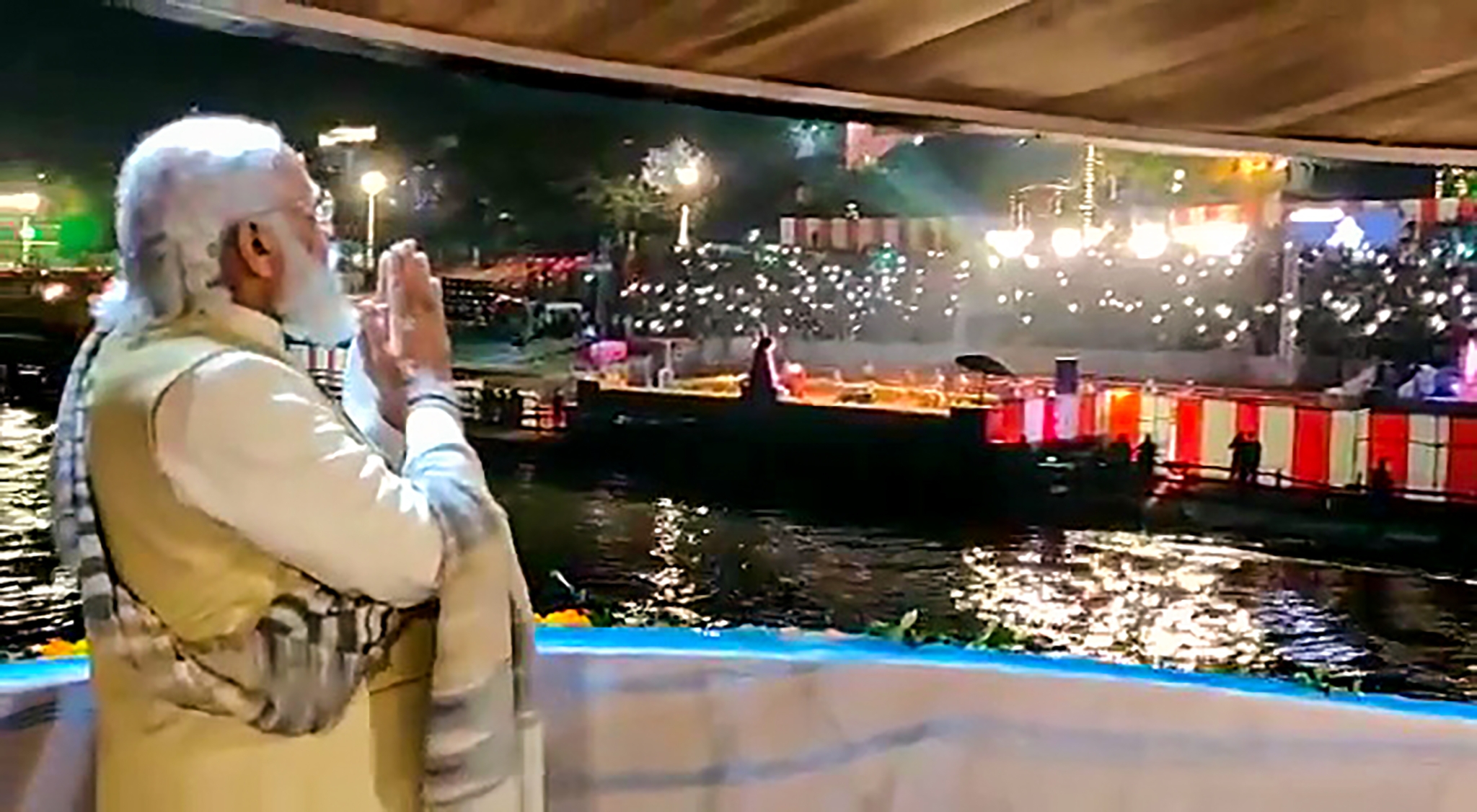 Prime Minister Narendra Modi reached out to the protesting farmers on Monday by stating that the reforms will give them new avenues, but at the same time, the old system also continues, if someone chooses to stick to that.

Addressing a gathering in Varanasi, he said the government not only wants to provide them new market opportunities, but also wants to strengthen the Mandi system.

He said the NDA Government is working with the pure intention of encouraging the farmers to spearhead the Atamnirbhar Bharat campaign.

The Prime Minister said that earlier small farmers were not able to reach the market, but now with introduction of these laws, they have got many options to sell their produce and also have legal security against any malpractice.

The PM alleged that misinformation is being spread by the Opposition parties about the reforms. He noted in a new trend every initiative taken by his government is being opposed on mere apprehension based on misconceptions.

He said the farmers are naturally worked up since decades of deceit has made them apprehensive. He alleged that in the name of farmers, many packages and projects were announced in the past, but their benefits never reached the poor people.

PM Modi remarked that the truth of those who spread illusions on the basis of mere apprehensions is being constantly exposed before the country. He expressed confidence that those farmers who have some doubts about agricultural reforms today, will also take advantage of these avenues in future and increase their income.

The Prime Minister asserted that the NDA government has a proven track record of keeping promises. He said the government is helping farmers and trying to increase their income by providing them with quality seeds, irrigation facilities and market and insurance cover.

He also said that the government has procured farmers' produce many times more than what was procured in five years of UPA 2 regime.

The Prime Minister alleged that the opposition has a tendency to spread miscommunication about policies of the government and they did the same with the PM Kisan Nidhi scheme. He assured that if his party’s government comes to power in those states which have not implemented it yet, it will be implemented there too.

PM Modi also emphasised that assistance is being provided more than 10 crore farmer families of the country by way of directly depositing the money into their bank accounts, and that so far about one lakh crore rupees has reached the farmers.