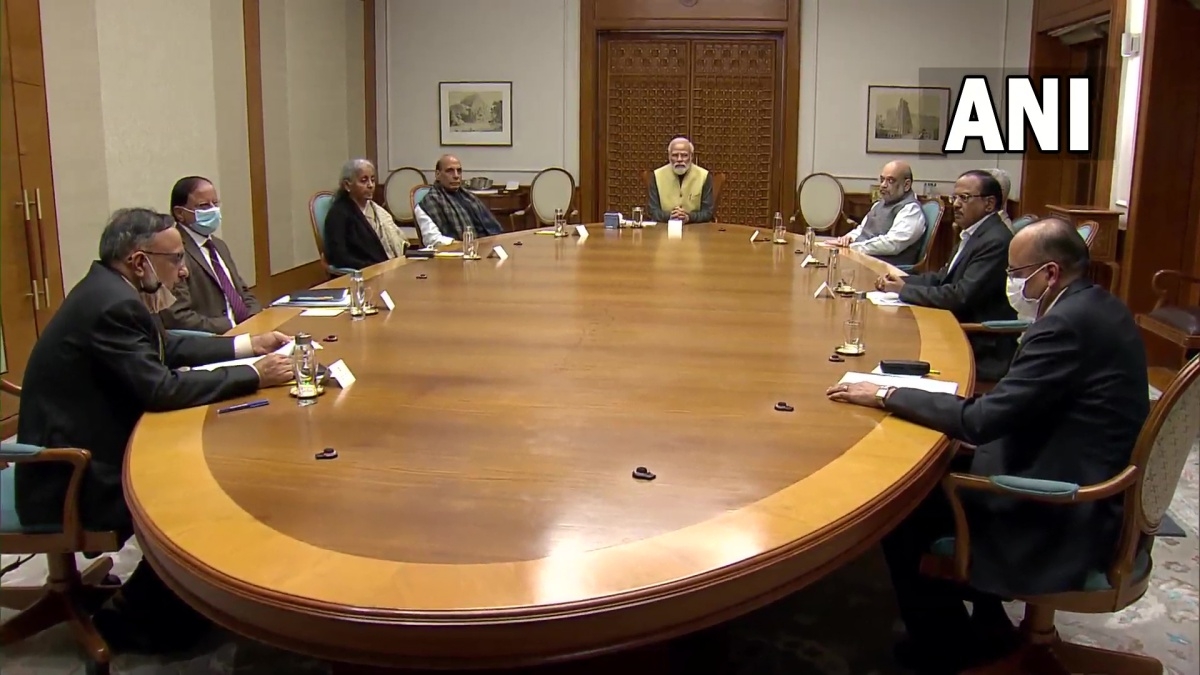 The Cabinet Committee on Security (CCS) led by Prime Minister Narendra Modi along with the country's top security officers held a meeting on Wednesday over the situation arising out of the IAF chopper crash in Tamil Nadu that killed Chief of Defence Staff General Bipin Rawat, his wife and 11 others onboard the ill-fated helicopter.

According to news agency ANI, PM Modi and all members observed two minutes of silence and paid tributes to all those who have lost their lives in the military chopper crash.

During the meeting, it was decided that as a mark of respect, the government will announce national mourning on Thursday.

Defence Minister Rajnath Singh, Home Minister Amit Shah and top military, security and intelligence officers were part of the meeting. Discussion was also held over selecting the next Chief of Defence Staff designate.

Before the meeting, Rajnath Singh had spoken to Modi about the crash. He also asked Indian Air Force chief Air Chief Marshal Vivek Ram Chaudhari to rush to the accident site.

In the meantime, Singh visited the residence of Rawat in Delhi and spoke to his daughter. Earlier, Chief of Army Staff General M.M. Naravane had briefed Singh about the crash and related issues.

Earlier on Wednesday, General Rawat and his wife were among the 13 persons who were killed after the Mi17V5 helicopter they were travelling in crashed near Coonoor in Tamil Nadu.

Out of the 14 people onboard, the lone survivor, Group Captain Varun Singh, Directing Staff at the Defence Services Staff College, is currently undergoing treatment at the Military Hospital in Wellington.

Apart from them, two pilots, a Group Captain and a gunner were onboard the ill-fated chopper.

The IAF said a Court of Inquiry has been ordered into the accident. The report is expected in one month.

The mortal remains of all the deceased will be brought to Delhi on Thursday. Military chopper with CDS Bipin Rawat, others on board crashes in Tamil Nadu