Panic buying of petrol, diesel amid rumours of fuel shortage in Kashmir

Fuel stations across Kashmir put hoardings which read, ‘no petrol, no diesel,’ as the rush of vehicles triggered massive traffic jams in the city.

Long queues of vehicles were seen at fuel stations in Kashmir on Thursday as people scrambled to fill up their vehicle tanks amidst rumours of fuel shortage.

Fuel stations across Kashmir put hoardings which read, ‘no petrol, no diesel,’ as the rush of vehicles triggered massive traffic jams in the city. Several drivers had parked their vehicles alongside roads after exhausting their fuel while moving between different fuel stations. | Sajad Hameed 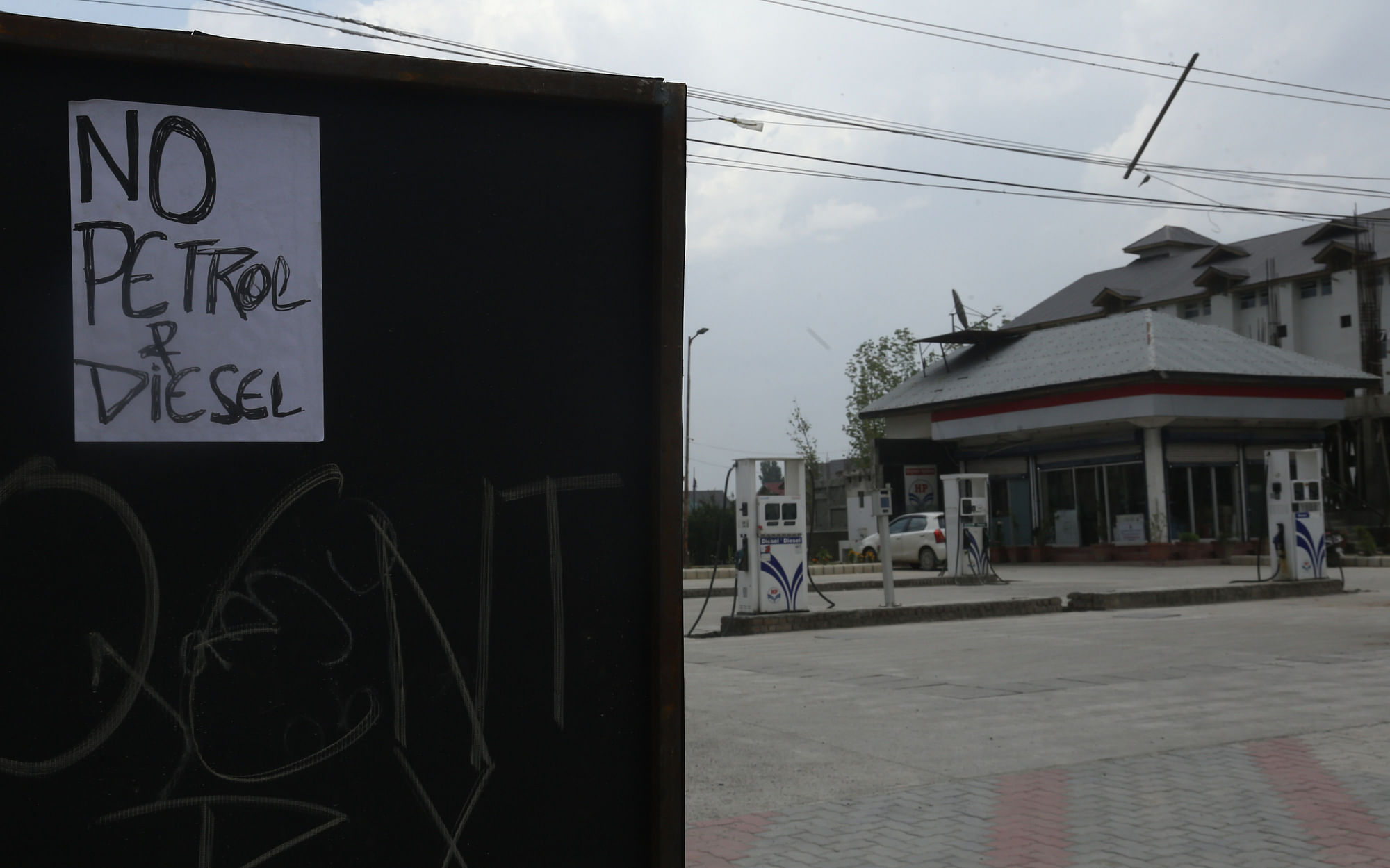 The unprecedented rush at filling stations resulted in traffic jams all over the city, troubling the commuters. | Sajad Hameed

Several drivers had parked their vehicles alongside roads after exhausting their fuel while moving between different fuel stations. At some stations, people entered into arguments with policemen who were seen regulating the movement of vehicles.

“I visited two filling stations around 09.30 in the morning and was told that they don’t have the fuel,” said a government officer.

"People were not only getting the tanks of their vehicles filled, but they were also buying some extra litres of petrol/diesel in canisters,” said a journalist

The unprecedented rush at filling stations resulted in traffic jams all over the city, troubling the commuters.

Hundreds of vehicles were lined up at almost every fuel station, waiting for their turn to get a refill, leading to traffic jams in some parts of the city and elsewhere in the valley as well.

Police and traffic police officials had a tough time regulating the movement of vehicles at some fuel stations where some motorists turned unruly while waiting for their turn.

A police official said there were some minor altercations and the issues were resolved amicably.

The rush for refilling the cars and vehicles began after rumours started circulating on social media that the country is facing a shortage of fuel.

A senior marketing official at the Indian Oil Corporation Limited took to Twitter to allay the fears of people but to no avail.

"Dear esteemed customers, we reiterate that there is sufficient product availability and supplies to retail outlets are being met in line with demand. Request not to panic at all. We reassure our full commitment to serve you at all times without interruption," the Marketing Director of the IOCL tweeted.

The fuel supply remained by and large satisfactory in Jammu city but the scenario was grim in interior pockets of Jammu.

The petrol pumps controlled by Indian Oil Corporation (IOC) and Bharat Petroleum Corporation Limited (BPCL) functioned normally in Jammu city and other areas of the province.

However, the pumps at Hindustan Petroleum Corporation Limited (HPCL) continued to face a shortage in supply in most parts, particularly the rural areas as well as semi-urban pockets of the region with an exception of Jammu city where only 2-3 petrol pumps of the company experienced the ongoing fuel crisis.

Similarly, they are receiving diesel from the government at around Rs 100 per litre. Petrol pumps have to sell the petrol for Rs 97.50 and diesel for Rs 83.26 as per the instructions of the government. In this way, the companies are losing Rs 16 per litre.

HomeIndiaPanic buying of petrol, diesel amid rumours of fuel shortage in Kashmir