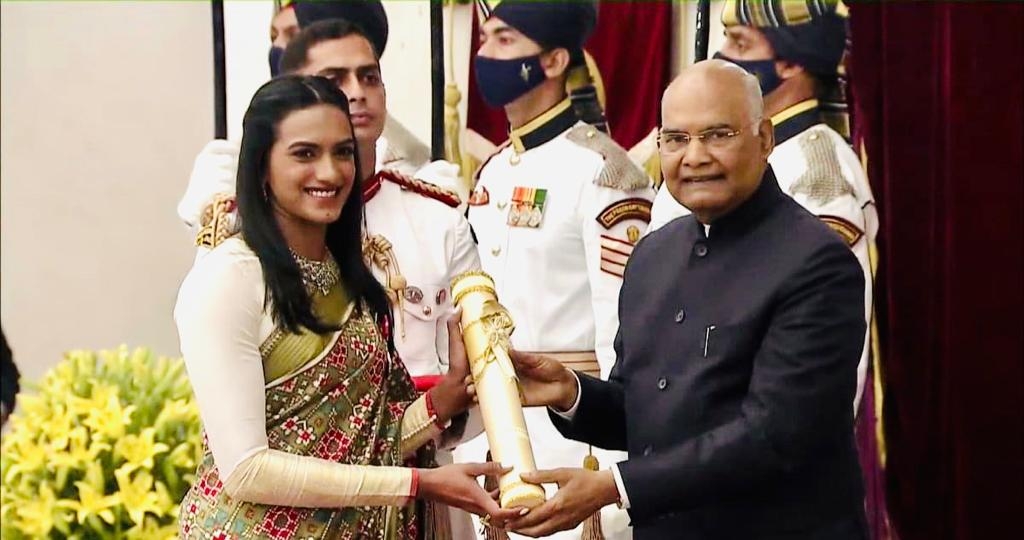 Earlier this year, the badminton player had become the first Indian woman to win two Olympic medals. She defeated China's He Bing Jiao in the bronze medal match at the Tokyo Olympics.

President Ram Nath Kovind is presenting the Padma Awards in the Rashtrapati Bhawan in New Delhi.

119 Padma Awards will be presented by President this year. The list comprises 7 Padma Vibhushan, 10 Padma Bhushan and 102 Padma Shri Awards. 29 of the awardees are women, 16 Posthumous awardees and 1 transgender awardee.