He said villages along the (Indo-Pakistan) border areas have been seeing a rise in conversion to Christianity and mushrooming of churches.

Expressing concern over the rise in Christianity and drug abuse in Punjab, Akal Takht Jathedar Giani Harpreet Singh, during his customary address on Monday to the Sikh community from the Akal Takht's podium to mark the 38th anniversary of 'Operation Bluestar', said every Sikh should learn the use of modern weapons.

Expressing concern over the massive build-up of security in the city ahead of the anniversary of Operation Bluestar, the Akal Takht Jathedar said the Sikhs don't need security.

"We should focus on setting up shooting ranges to get training in weapons. The others are getting training in weapons illegally," said the Jathedar, amidst pro-Khalistan slogans, adding, "It is also high time for the Sikh organisations to propagate Sikhism."

"We need to start Gatka (Sikh Marshal art) centres and modern shooting ranges. We need to get our youth out of drugs and give them arms training. We should make them educated so that they should be able to control the economies of different countries. Then no world power can stop our Raj," said Jathedar.

He said villages along the (Indo-Pakistan) border areas have been seeing a rise in conversion to Christianity and mushrooming of churches.

Thousands of devotees early in the morning thronged the Akal Takht -- the highest temporal seat of the Sikh religion -- to attend the 'bhog' ceremony of religious prayers that began on June 4.

The prayers were to mark the anniversary of 'Operation Bluestar' that was carried out in June 1984 by the Army to flush out heavily-armed terrorists from inside the Golden Temple complex.

The Akal Takht Jathedar and Shiromani Gurdwara Parbandhak Committee (SGPC) officials honoured the families of those who were killed during 'Operation Bluestar'.

There was heavy barricading by police around all entry points to the Golden Temple.

During the event, posters of Jarnail Singh Bhindranwale and Khalistani flags were seen inside the Golden Temple (Sri Harmandir Sahib).

A large number of people had carried banners and placards saying "Khalistan Zindabad" and raised pro-Khalistan slogans during the event. 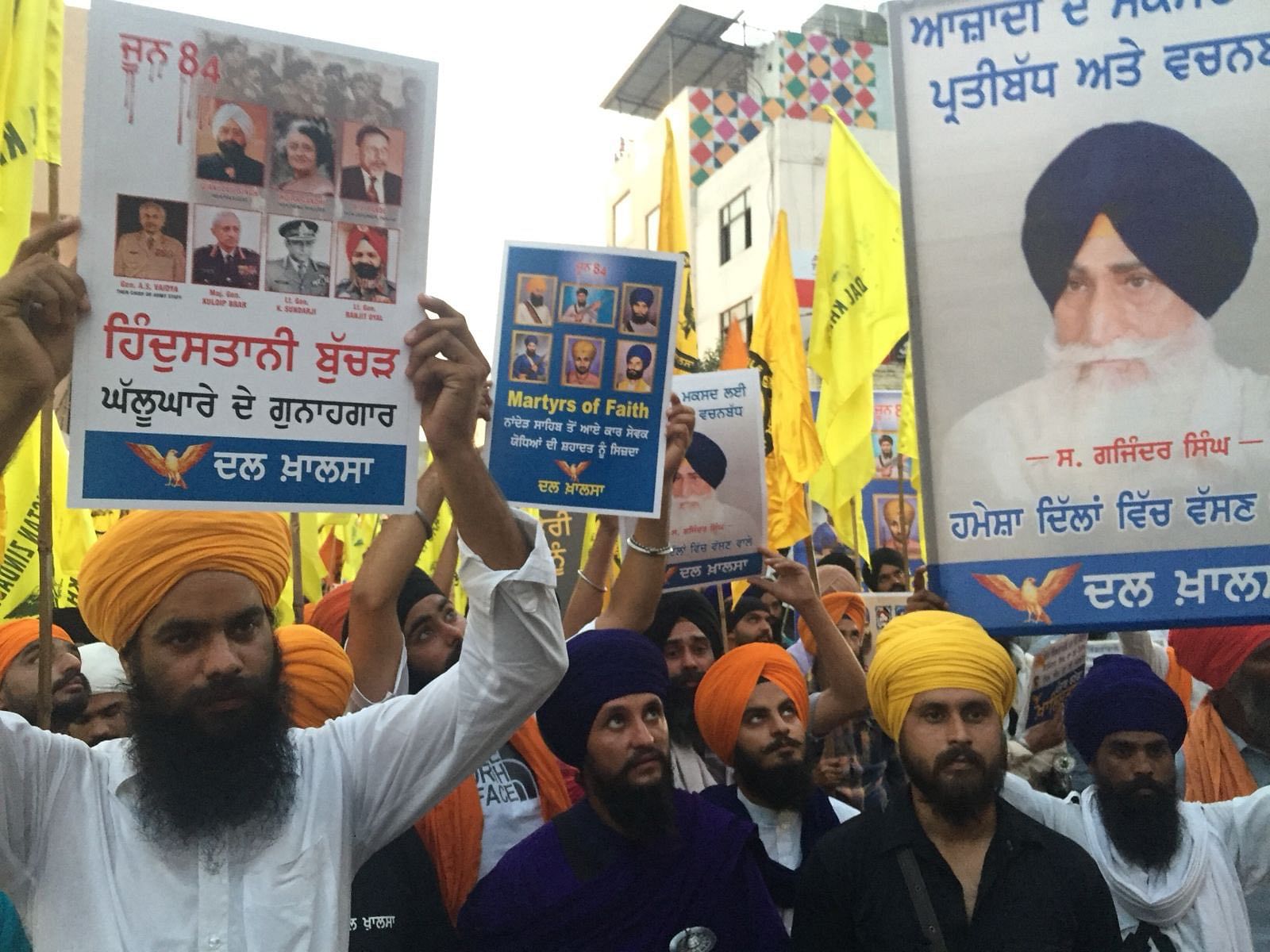