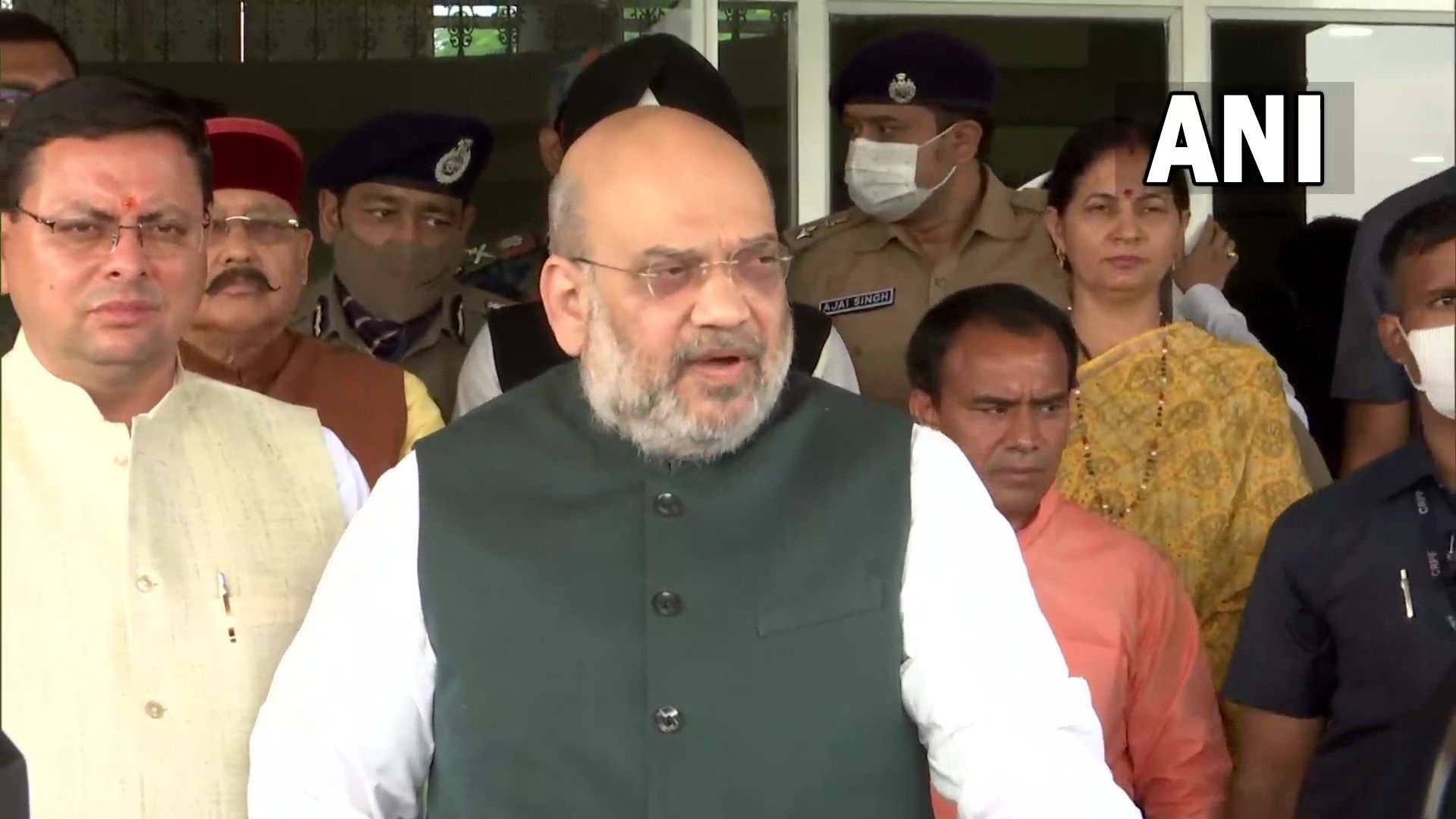 During the visit Shah addressed the media and informed that there has been no tourist casualty so far due to heavy rains in the state. More than 3500 people were rescued and more than 16,000 precautionary evacuations were done. He also said that 17 NDRF teams, 7 SDRF teams, 15 companies of PAC and more than 5000 police personnel have been deployed for the rescue operations.

"I held a high-level review meeting with officials of the State and Centre over the natural calamity in Uttarakhand. Due to timely rainfall alerts, the extent of damage could be controlled. Now, the Char Dham Yatra has resumed," he said.

There has been no tourist casualty so far due to heavy rains in #Uttarakhand. More than 3500 people were rescued & more than 16,000 precautionary evacuations were done. 17 NDRF teams, 7 SDRF teams, 15 companies of PAC, more than 5000 police personnel deployed: HM Amit Shah pic.twitter.com/DeEX6sRKTM

Shah further informed that 64 deaths have taken place with more than 11 people missing so far. One of the two missing trekking teams has been located. Roads have be cleared in Nainital, Almora, Haldwani. Power stations will resume operations soon and mobile networks have been restored in 80% of the state.

According to an updated natural disaster incident report issued on Wednesday, eight people were reported dead on October 18, of which, three each died in Pithoragarh and Pauri and two in Champawat.

On October 19, the state recorded 45 more deaths. Of these, the most number of deaths (28) were registered in Nainital, six in Almora, eight in Champawat, two in Udham Singh Nagar and one in Bageshwar.

Damage to properties has also been recorded in Uttarakhand following the heavy downpour and as many as 46 houses have either been damaged partially or completely, according to the report. The rains in state have inflicted damages amounting Rs.7,000 crores, CM Dhami informed the reporters at Pantnagar Airport.