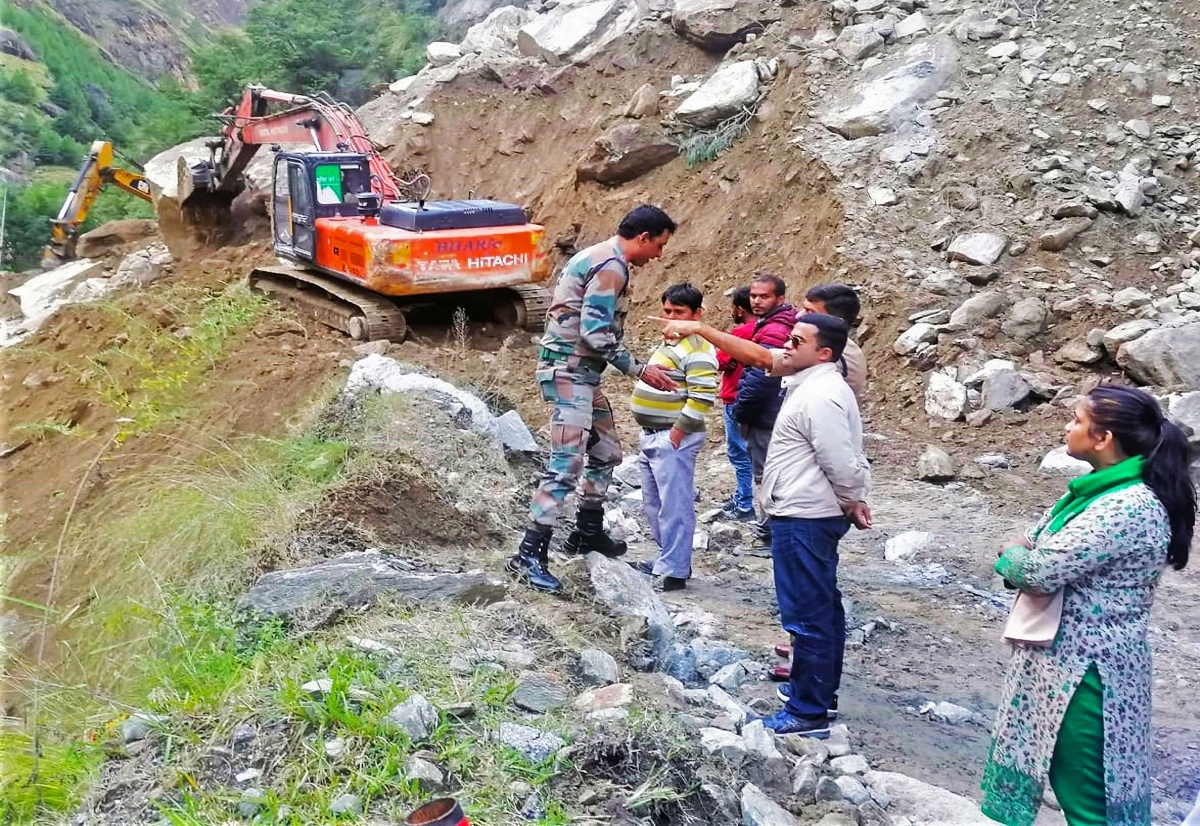 District Magistrate inspects Badrinath highway which closed due to the landslide following heavy rainfall, in Chamoli on Wednesday. | ANI

Shimla: Five of the eleven missing trekkers, who started their expedition in Uttarakhand, were found dead in Himachal Pradesh's Kinnaur district on Thursday, a senior official said.

The team of trekkers had left Harshil in adjoining Uttarakhand's Uttarkashi district for Chitkul in Kinnaur district on October 11 but they went missing from October 17 to 19 in Lamkhaga Pass amid inclement weather, he said.

The Lamkhaga Pass is one of the toughest passes which connects Kinnaur district with Harshil.

The deputy commissioner said that the bodies of five trekkers were found buried in snow in different places by the rescue team. The bodies were gathered at one place and would be sent to Uttarkashi via helicopter on Friday, he added.

Two trekkers have been rescued but the condition of one of them is said to be very critical, he said.

A joint search operation is being conducted by the Army, ITBP and Kinnaur Police to trace the missing trekkers, he added.

A team of eight trekkers from West Bengal, one from Delhi and three cooks left from Harshil on October 11 through a trekking agency. They had obtained an inner line permit from the Uttarkashi Forest Department from October 13 to 21.

The cooking staff have been identified as Devendra (37), Gyan Chandra (33) and Upendra (32), all from Purola in Uttarkashi.

The Uttarakhand government had informed the Himachal Pradesh government about the disappearance of this team at Lamkhaga pass, located at an altitude of 20,000 feet above sea level.

The deputy commissioner said that officials of the ITBP and the Army were contacted after receiving this information and a rescue operation was started by the forces on Thursday morning.

A trekker and a guide have been rescued. The trekker has been taken safely to Uttarkashi through a chopper, while the guide is with army soldiers and he will be airlifted to the Himalayan district in Uttarakhand on Friday, he added.

The rescue operation had to be suspended due to bad weather at 2 pm on Thursday, the official said, adding that it would resume on Friday at 6:30 am.

There has been record devastation and loss due to heavy rains in the state. Our priority is to restore all services at the earliest. Char Dham Yatra has also resumed now: Uttarakhand CM Pushkar Singh Dhami pic.twitter.com/sQUaFVhh6R

The NDRF also said that nine teams have been deployed in West Bengal in view of the continuous rainfall there. Rescuers have so far evacuated about 70 persons from the low lying areas in Jalpaiguri district.

Seven teams have also been deployed in Uttar Pradesh following flood threat due to the discharge of water from Uttarakhand and Nepal, while 12 NDRF teams are deployed in Kerala in view of the prevailing flood situation in the state. 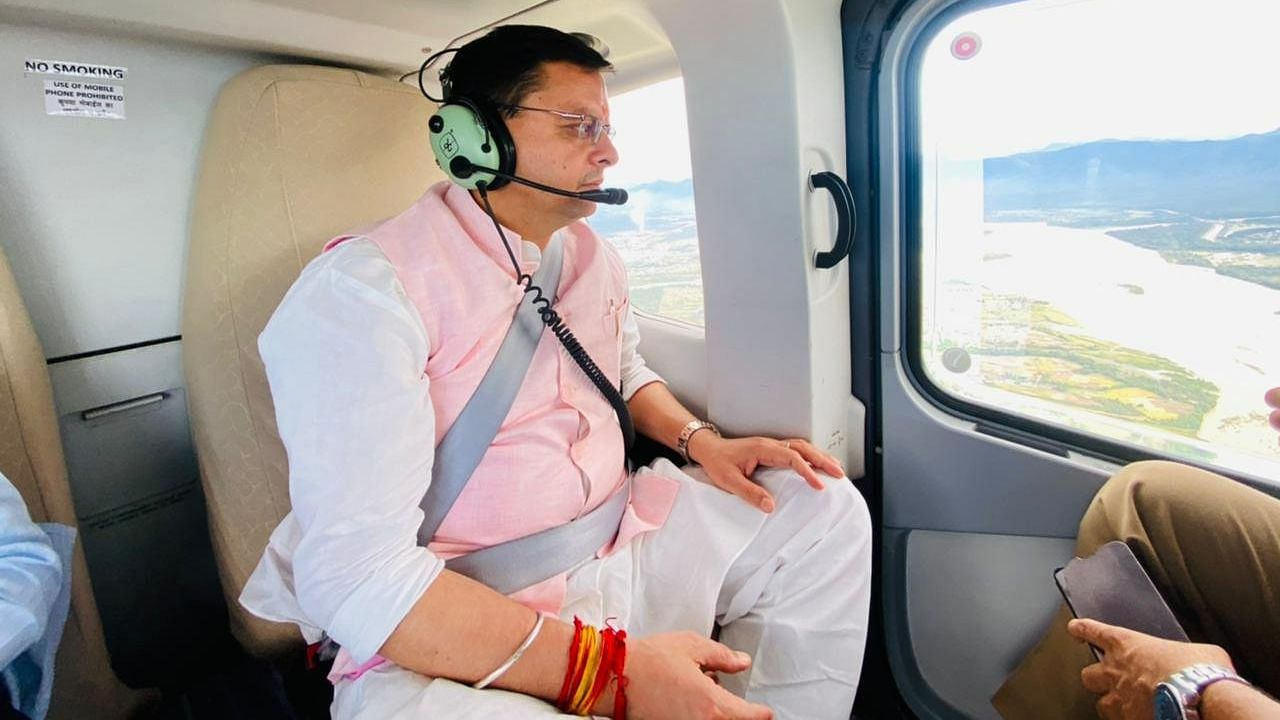