One of the four death row convicts, Pawan Kumar Gupta, in the 2012 Nirbhaya gang rape and murder case moved a curative plea in the Supreme Court on Friday seeking commutation of his death penalty to life imprisonment.

He has also sought a stay on the execution of the black warrant issued by the trial court for the hanging.

Gupta, against whom the death warrant has been issued for execution along with three other condemned prisoners on March 3, has filed the curative plea saying that the death penalty should not awarded to him, his counsel A P Singh said.

He is the lone convict who has not exhausted his legal remedies of filing a curative petition -- last legal remedy available to a person -- and subsequent mercy plea with the President.

The trial court on February 17 issued fresh date for execution of death warrants for March 3 at 6 am for the four convicts -- Mukesh Kumar Singh (32), Pawan Gupta (25), Vinay Kumar Sharma (26) and Akshay Kumar (31) -- in the Nirbhaya gang rape and murder case.

The mercy petitions of three convicts -- Mukesh, Vinay and Akshay -- have already been dismissed by the President.

The apex court had earlier dismissed separate pleas filed by Mukesh and Vinay challenging the rejection of their mercy petitions by the President.

Akshay has not yet challenged the rejection of his mercy petition.

On December 16, 2012, a 23-year-old physiotherapy intern, who came to be known as 'Nirbhaya' (fearless), was gang raped and savagely assaulted in a moving bus in South Delhi. She died after a fortnight.

Six people, including the four convicts and a juvenile, were named as accused. Ram Singh, the sixth accused, allegedly committed suicide in Tihar jail days after the trial began in the case. The juvenile was released in 2015 after spending three years in a correctional home. 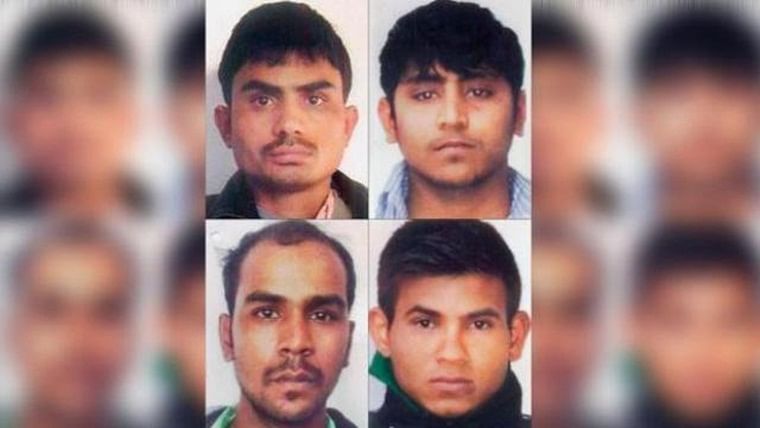