The NHRC on Wednesday said it has taken a serious view of suicide by two prisoners of jails in Mumbai and Kolkata and sought reports within four weeks on the condition of prisons in Maharashtra and West Bengal from the secretary of the Legal Service Authority.

While dealing with the proceedings related to these cases, the National Human Rights Commission (NHRC) in a statement has observed that the incidents reveal "mismanagement in the jails in Maharashtra and West Bengal".

"The NHRC has taken a serious view of the deaths due to suicide by the two prisoners of Taloja Central Jail, Navi Mumbai and Dum Dum Central Correctional Home, Kolkata, and non-submission of requisite reports in the matters by the concerned authorities despite its notices," the statement said.

There are adequate provisions in jail manuals providing for an atmosphere free from temptations, which do not give an opportunity to any inmate to commit suicide. It is for this reason that ceiling fans and hanging hooks are not provided in the prison cells, the rights panel said.

The suicide by an undertrial prisoner at the Taloja Central Jail happened on May 27, 2020, while the convicted prisoner of Dum Dum Central Correctional Home, Kolkata, committed suicide at SSK Hospital on April 28, 2020 during treatment, it said.

In both the cases, the commission has asked the Secretary, Legal Service authority, through the registrars of the high courts of Mumbai and Kolkata, respectively, to submit a report within four weeks about the conditions in the jail premises in Maharashtra and West Bengal, which do not give an opportunity to an inmate to commit suicide, the statement said.

The commission has said that if the authorities concerned fail to send the reports, it would be "constrained to take coercive steps" under Section 13 of the Protection of Human Rights (PHR) Act, 1993, the statement said. 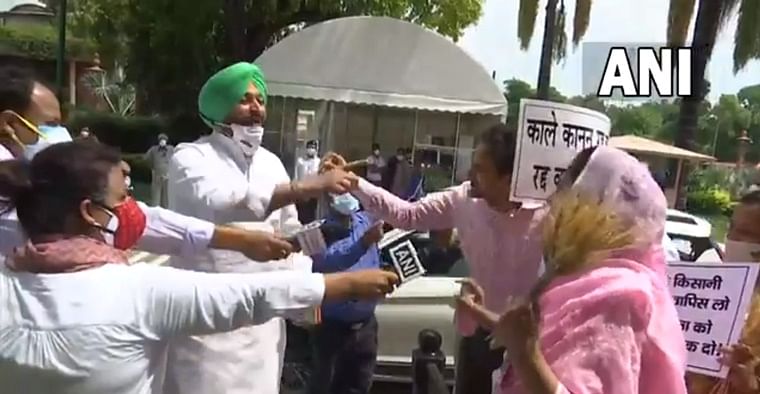