Next Punjab CM will be finalized by tomorrow morning at most: Report 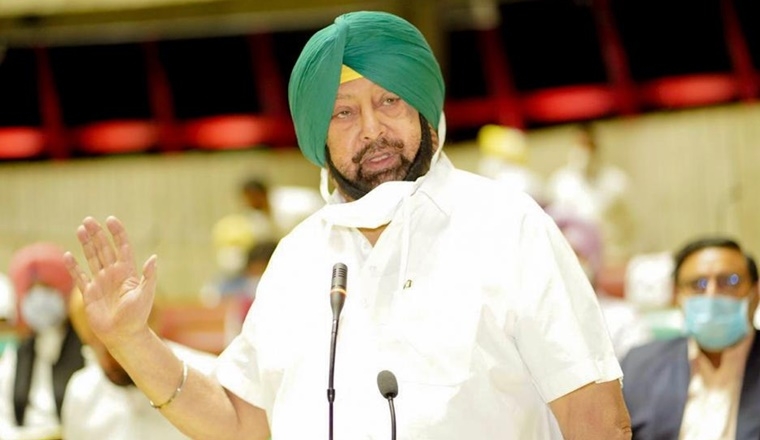 Hours after Captain Aamarinder Singh on Saturday resigned as chief minister of Punjab, the new CM will be appointed tonight or by tomorrow morning. Sources told news agency ANI, "AICC observers will stay in Chandigarh and next Punjab CM will be finalized by tonight/tomorrow morning. Sunil Jakhar front runner for the post, others include Ambika Soni, Vijay Inder Singla. But Cong will not contest next Assembly polls under his/her (new CM) leadership."

The resignation of Capt. Amarinder Singh comes after a long infighting between the Congress party itself in the state. Singh stepped down as chief minister of Punjab, declaring that he feels "humiliated" and said he won't accept state Congress president Navjot Singh Sidhu as the next CM or the party face in the Assembly polls.

The development has come amid a power tussle that polarised the ruling party in the state headed for elections in just about four months.

Replying to a question, he said he will never agree to Navjot Singh Sidhu as the next chief minister.

"He is a total disaster. When he was a minister (in Amarinder cabinet), he could not even run one ministry, now can he run entire Punjab? I know that man has no capability at all," said Amarinder Singh.

AICC observers will stay in Chandigarh & next Punjab CM will be finalized by tonight/tomorrow morning. Sunil Jakhar front runner for the post, others include Ambika Soni, Vijay Inder Singla. But Cong will not contest next Assembly polls under his/her (new CM) leadership: Sources

If Sidhu is made the face of the Congress for the Punjab polls, Singh said he will oppose him "tooth and nail".

Singh's resignation came hours before a crucial meeting of the Congress Legislature Party (CLP) on Saturday evening, pre-empting what was widely being seen as a move to remove him from the CM's post.

In the meeting, Punjab Congress MLAs authorised party's national president Sonia Gandhi to pick a new CLP leader and in a unanimously passed resolution praised Amarinder's contribution for Punjab and the Congress.

"I spoke to the Congress president in the morning and I told her that I am resigning today," Amarinder Singh told reporters.

Singh was accompanied by his wife and MP Preneet Kaur and son Raninder Singh when he submitted his resignation to Governor Banwarilal Purohit.