Ilu will soon be deployed in Madhya Pradesh's Kuno National Park to protect the recently released Namibian cheetahs from poachers.

One of the eight Namibian cheetahs that were released in Kuno National Park, Madhya Pradesh | PIB
Follow us on

Ilu will soon be deployed in Madhya Pradesh's Kuno National Park to protect the recently released Namibian cheetahs from poachers.

She is among the six dogs that are being trained to protect the wildlife at various national parks of the country.

After the completion of the basic training for three months and an advance training for four months will help instil qualities like obedience, sniffing and tracking skills. The canines will get deployed on the job from April next year.

During the training, the dogs will be trained to detect tiger and leopard skins, bones, elephant tusks and other body parts, bear bile, Red Sanders, and several other illegal wildlife products.

Haryana | German Shepherd dogs are getting trained at ITBP National Training Centre for Dogs in Panchkula to be deployed in Madhya Pradesh's Kuno National Park to protect the recently released Namibian cheetahs from poachers.@ITBP_official pic.twitter.com/qfgDu8iJVv

"Dogs develop an unbreakable bond with their handlers that makes them excellent in their job," said Sanjeev Sharma, handler of Ilu, who is currently employed with the forest department at Kuno National Park.

Sharma further said that Illu is like a child to him. She was just two months old when he picked her here for training.

As per the norms, dogs stay with the same handler from day one till their day of retirement.

Ishwar Singh Duhan, Inspector General of Basic Training Center of Indo-Tibetan Border Police Force (BTC-ITBP) in Panchkula said that they are providing specialized training to the dogs that are to be deployed at Kuno National Park.

"The dogs will be trained to detect tiger skin and bones during the specialized training course. These dogs are being trained by us in collaboration with TRAFFIC (a wildlife trade monitoring network) and WWF-India (World Wide Fund for Nature India)," he said.

"Dogs trained at ITBP dog training centre have a high rate of wildlife crime detection. There are scores of success stories where dogs have helped in the arrest of poachers and recoveries of wildlife species and their remains," he said.

He further added that Railway Protection Force (RPF) has deployed wildlife sniffer dog squads for the first time in India and it has helped them to detect the smuggling of contraband and rare species of wildlife through the railway network.

Combating wildlife trafficking, TRAFFIC and WWF-India launched the country's first wildlife sniffer dog training programme in 2008. Under the programme, many dogs have been trained and deployed at wildlife parks. 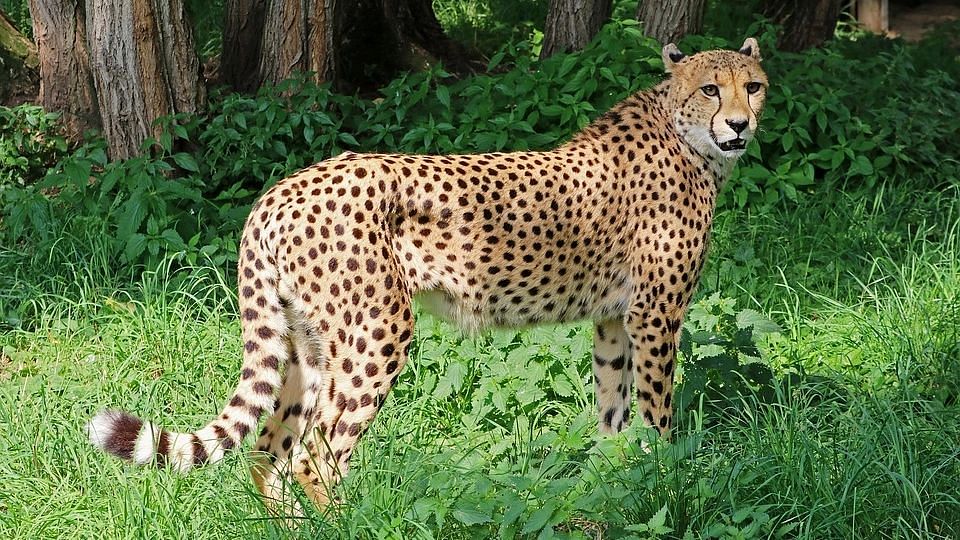