Namaste Trump: All you need to know about Day 1 of President Trump's first state visit to India

The President will be touching down in Gujarat, Uttar Pradesh and Delhi during his 36-hour trip.
FPJ Web Desk 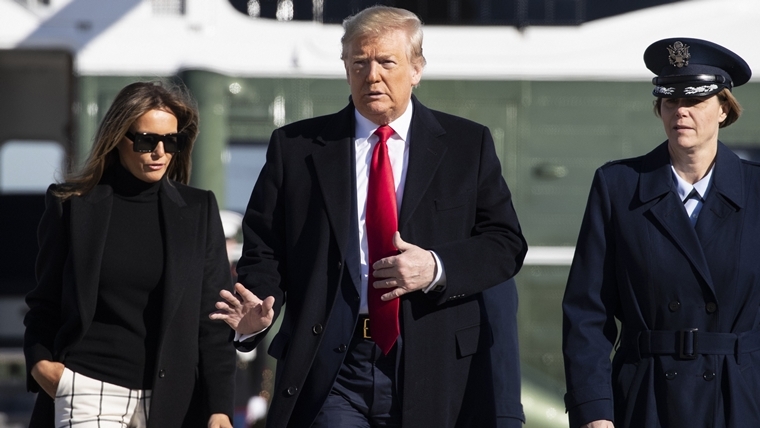 President Donald Trump, with First Lady Melania Trump, wave as they walk across the tarmac to board Air Force One during their departure on Sunday, Feb. 23, 2020 | Photo: AP/PTI

US President Donald Trump, accompanied by his wife Melania, daughter Ivanka, son-in-law Jared Kushner and the top brass of his administration, will touch down in India on Monday.

The visit is expected to significantly ramp up bilateral defence and strategic ties and Indian officials have recently been on an overdrive to make arrangements for the President's visit.

With hours left for the President to begin his trip, here's all you need to know about Trump's 36-hour visit to India:

The Journey from the US

US President Donald Trump and First Lady Melania Trump departed for their maiden two-day visit to India from Andrews Air Force Base in Maryland on Sunday evening.

The President took to Twitter to share a video of their take-off from the White House, captioning it "Departing for India with Melania".

The visiting dignitaries will have a stopover at Rhineland-Palatinate in Germany and will reach Ahmedabad on Monday.

Ahead of his departure from Washington DC, the US President told reporters that he looks forward to being with "millions and millions" of the Indian people.

"I look forward to being with the people of India. We will be with millions and millions of people. I get along very well with the Prime Minister. He is a friend of mine. Prime Minister Modi told me this will be the biggest event they have ever had," Trump told reporters in Washington DC.

Upon landing at Ahmedabad airport, the President and his entourage will participate in a road show, even as they travel to Sabarmati Ashram. trump is scheduled to arrive at the Sardar Vallabhbhai Patel International airport at around 11:40 am on Monday.

Dance groups and singers from different parts of the country will be performing on stages that are dotting the 22-km route of the 'India roadshow' in the city that has was been spruced up for Trump's visit. Huge billboards of the two leaders and replicas of historic places in Gujarat have also been placed along the roads where people will greet the two leaders.

Over 10,000 police personnel, besides officials of the United States Secret Service, and personnel of the National Security Guards (NSG) and the Special Protection Group (SPG) have been deployed for the high profile visit.

The roadshow is expected to begin at 12 pm. ‘The Beast’: All you need to know about Donald Trump's bomb-proof car

Although there had been some confusion over whether Trump would be visiting the Sabarmati Ashram before heading towards the Motera stadium to participate in the 'Namaste Trump' event, official sources have confirmed it.

Sabarmati Ashram was a key base of Mahatma Gandhi during the freedom struggle. He lived there between 1917 and 1930.

Trump will be visiting the site en-route to the stadium, at 12.30 pm. The President and First Lady are expected to spend around half an hour at the Ashram.

A new parking space has been created at the place. To the backside of the ashram, a platform is built so that Modi can show the entire Sabarmati riverfront to the visiting dignitaries from one place. A special room has also been prepared at the Ashram, where the dignitaries would be spending some time.

The US President will offer a "Sutmala" on the photograph of Mahatma Gandhi at the Ashram before Prime Minister Narendra Modi will brief him about "Hriday Kunj" and introduce a sizable collection of manuscripts of Gandhi's writings during his stay here. Donald Trump and First Lady Melania's brief visit to Sabarmati Ashram will culminate in a high tea involving many local delicacies. Famous Gujarati delicacy 'khaman' has made its way into the menu as has broccoli and corn samosa, apple pie, kaju katli, apple pie and a variety of teas and multi-grain cookies. Chef Suresh Khanna of Ahmedabad's Fortune Landmark Hotel has been tasked with preparing food for Trump and his delegation on Monday afternoon.

Ashram trustees have informed the media that Trump and Modi would spend around 15 minutes there before proceeding to the 'Namaste Trump' event at Motera Stadium.

Donald Trump is slated to reach Motera stadium at around 1:05 pm. While this won't mark the inauguration of the stadium, both the Prime Minister and President Trump are scheduled to address the 'Namaste Trump' event. The event has been conceptualised as being the Indian reciprocation of the landmark 'Howdy, Modi!' event hosted by the Indian-American community in honour of Prime Minister Modi during his visit to Houston in September 2019.

Motera stadium is the world's largest cricket stadium with a capacity to accommodate 1.10 lakh spectators. The entire stadium complex is spread over 64 acres. The construction of the new stadium took two years and was done at an estimated cost of Rs 700 crore. 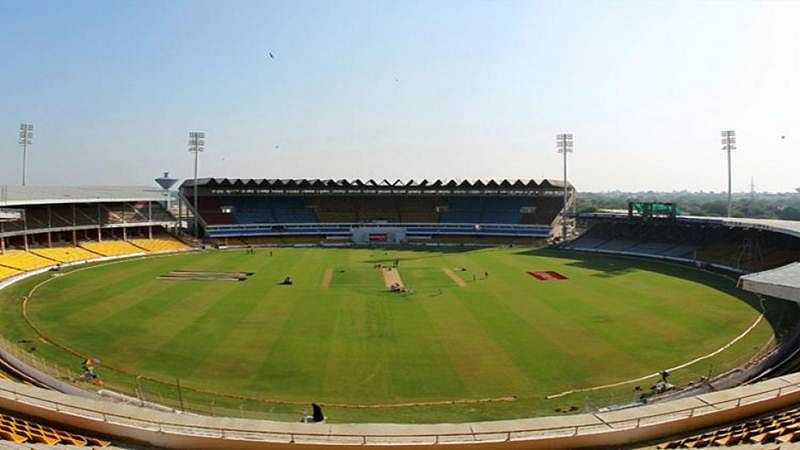 From Gujarat to Agra and the visit to Taj Mahal

Trump is scheduled to leave for Agra at around 3.30 pm, arriving in the city at around 4:45 pm. He will be welcomed by Uttar Pradesh Chief Minister Yogi Adityanath and Governor Anandiben Patel and will be treated to a variety of dances by a group of about 350 artists to the accompaniment of traditional instruments.

Upon reaching Uttar Pradesh, Trump and his entourage will travel 12 km from Kheria airport to the Shilpgram complex, 500 metres from the Taj Mahal's eastern entrance.

From there, the visiting dignitaries will take a battery operated golf cart to the Taj Mahal.

According to the official schedule, the US president will arrive with his family at the Taj Mahal complex at 5:15 pm on Monday and spend about an hour at the famed 17th century mausoleum, built by Mughal Emperor Shah Jahan.

Indian officials have said that Prime Minister Modi will not accompany the US dignitaries. Namaste Trump: Yogi Adityanath to welcome Trump; applying a mud pack to Taj Mahal and other...

Travel to Delhi for overnight stay

From Agra, the guests will take off for Delhi, for the main leg of the visit during which restricted and delegation-level talks between Trump and Modi will be at Hyderabad House on Tuesday.

They are scheduled to arrive in Delhi at 7:30 pm. Trump will be staying in the Grand Presidential Suite of the ITC Maurya. According to the official schedule of US President Donald Trump's engagements in India as issued by the Ministry of External Affairs, Trump will be holding restricted, and delegation-level talks with Modi while in Delhi.

Here is his itinerary for February 25:

10:00 am-- Ceremonial reception at Rashtrapati Bhavan

10:30 am-- Wreath laying at the samadhi of Mahatma Gandhi at Rajghat

11:00 am -- Meeting with Prime Minister Narendra Modi at Hyderabad House