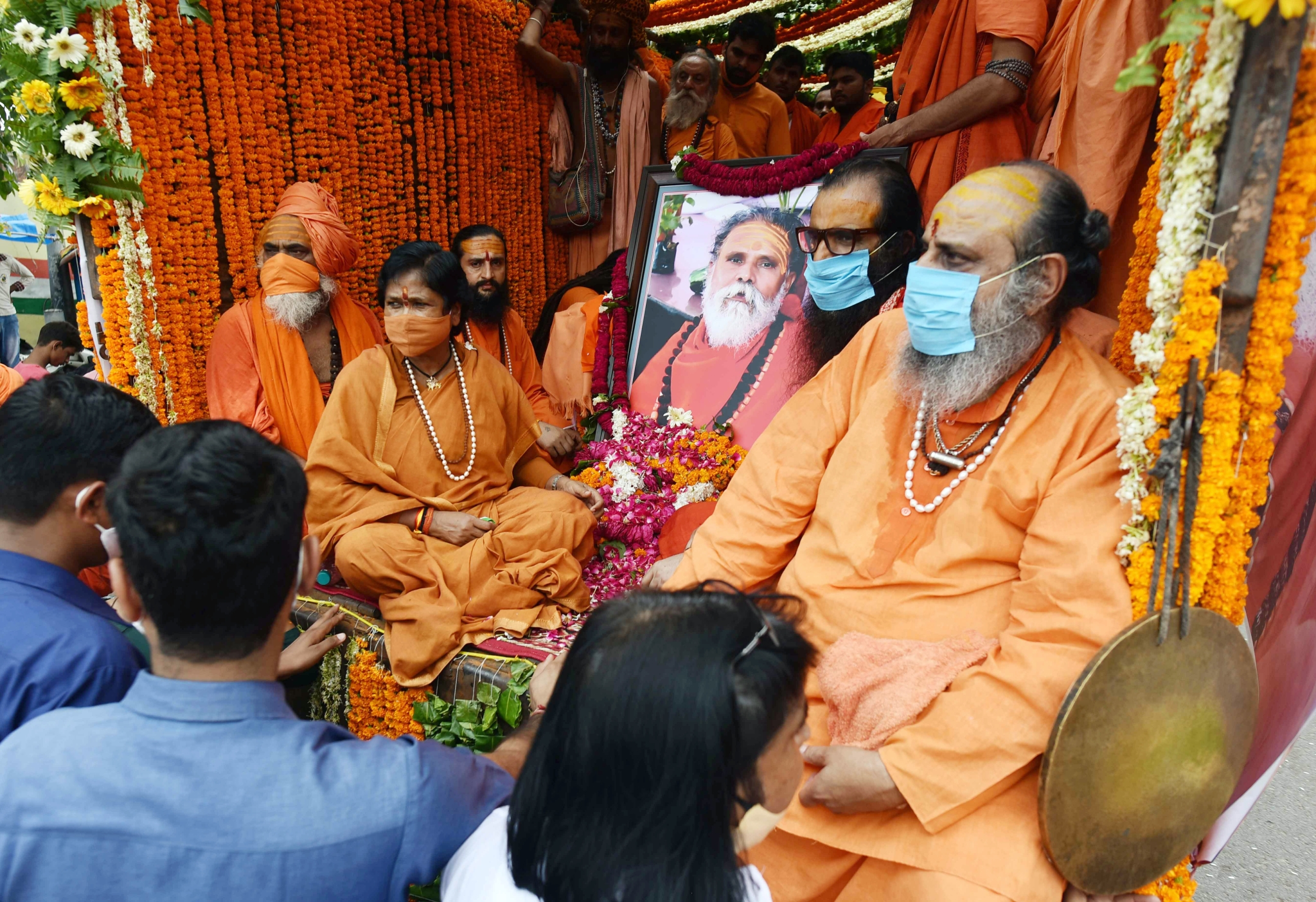 Lucknow: Barely hours after the Uttar Pradesh government recommended probe in the high profile killing/suicide of Mahant Narendra Giri, a team comprising dozen sleuths of CBI reached Prayagraj to handle the investigations. However, on Thursday morning video footage taken immediately after body of Mahant was brought down from the hanging rope, has raised fresh questions.

As per the video, the body of deceased Mahant was found hanging from a ceiling fan, which was running in full speed. Besides the rope was loose fit around the neck of Mahant and his face showed no sign of pain of or being strangulated. The immediate successor of Mahant Narendra Giri and close among disciples, Balbir Giri has reportedly refused to acknowledge the handwriting of the suicide note as that of the deceased. The police officials who had visited the site have been saying that it was impossible to tie rope and hang himself with a running ceiling fan. In the video, it is clear that the servants of late Mahant did not inform police or the security personnel when they found the room locked from inside. The policemen looking into the matter have asked the servants as to why they did not inform anyone after finding the room locked from inside.

It may be mentioned that Mahant of Baghambari Peeth and chairperson of Akhada Parishad, Narendra Giri was found hanging in his room on Monday this week. Police had recovered a suicide note from the room in which the Mahant had accused three persons Anand Giri, Aadya Tiwari and Sandeep Tiwari responsible for the death. All these three along with few others are under the custody of police and interrogation is going on. Both Late Mahant and Anand Giri had a feud over property of Baghambari Peeth few days back but later reached to a compromise.

On Wednesday night, the UP Government recommended for CBI probe in this high profile case and a letter was sent to the central agency through home department. Several opposition leaders, seers and even members of ruling BJP had demanded CBI probe in the matter. Hours after this a team of CBI reached at Prayagraj and began investigation. According to the police officials, all the evidences and related documents would now be handed over to the CBI team. Earlier the state government had constituted an 18-member special investigation team (SIT) to probe the case.

The Prayagraj police, which has been initially looking into the case, has quizzed prime suspect Anand Giri for several hours and recovered some important things from his possession. The police has seized the smart phone as well as the laptop of Anand Giri, which has some objectionable items related to this case. The late Mahant in his suicide note had indicated that Anand Giri could prepare morphed videos of his and malign the image. According to police, all this would now be handed over to the CBI team probing this case.