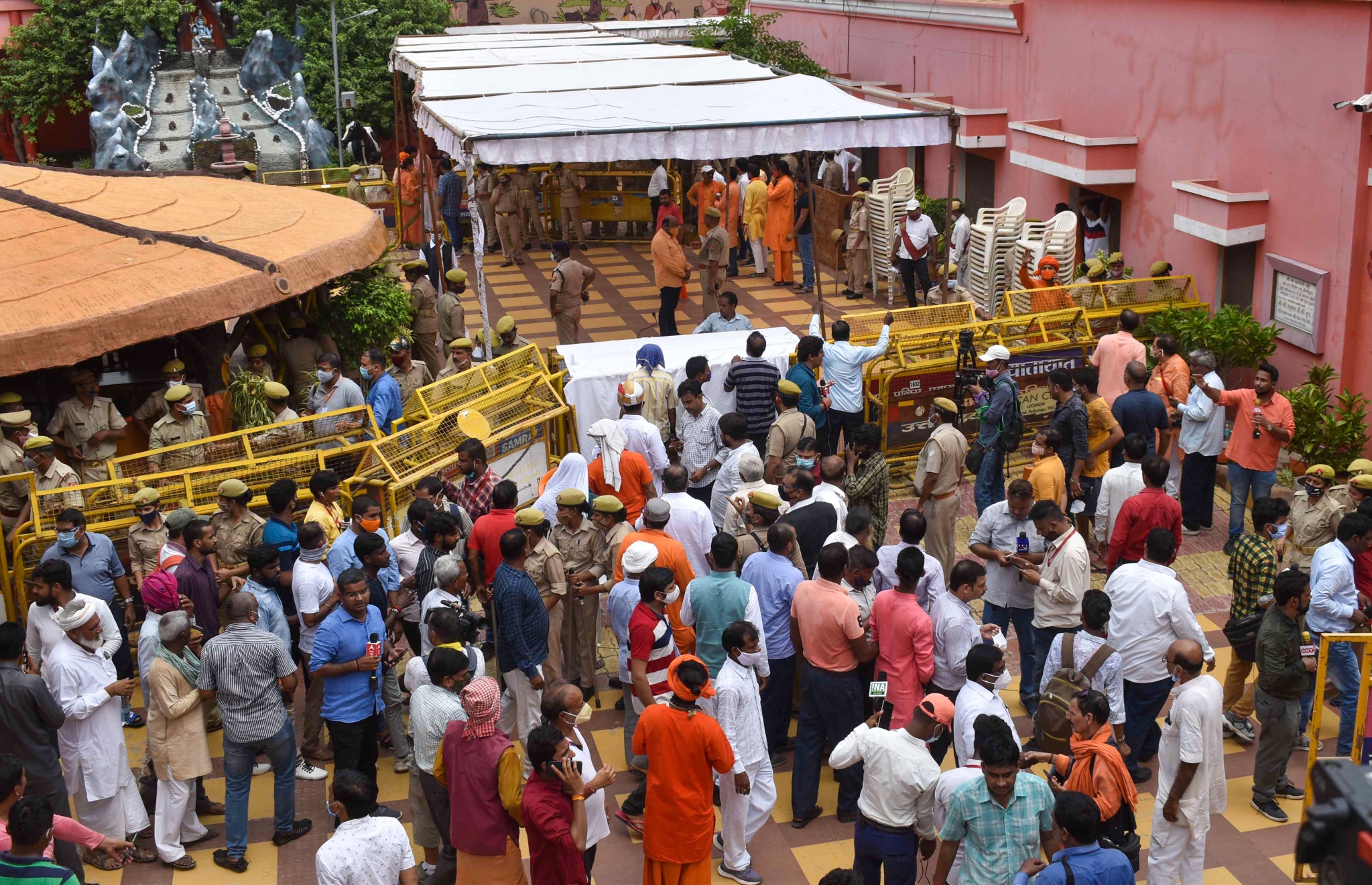 For the unversed, Mahant Narendra Giri allegedly ended his life by suicide in the Bagambhari Math in Prayagraj and left behind a 7- page suicide note.

Meanwhile, a five-member CBI team has reached Prayagraj to take over the investigation into the suspicious death of Mahant Narendra Giri.

The Yogi Adityanath government, late on Wednesday night, had recommended a Central Bureau of Investigation (CBI) probe into the into the Mahant's death.

Besides, the state government had also set up an 18-member Special Investigation Team (SIT) on Tuesday to probe the circumstances that led to the death of the seer.

According to SIT sources, investigations into the call details of Narendra Giri's phone have now revealed that Mahant Narendra Giri had made and received several calls from some property dealers in Haridwar. The Bagambhari Math reportedly had considerable property in Haridwar.

The SIT, sources said, has summoned 18 persons, including property dealers, for questioning.

Meanwhile, a video clip, taken immediately after the seer's death, has gone viral on social media. The video clip further complicates the circumstances of his demise.

As per the video, the body of deceased Mahant was found hanging from a ceiling fan, which was running, in full speed. Besides the rope was loose fit around the neck of Mahant and his face showed no sign of pain of or being strangulated.

Moreover, the immediate successor of Mahant Narendra Giri and close disciple, Balbir Giri has reportedly refused to acknowledge the handwriting of the suicide note as that of the deceased. The police officials who had visited the site have been saying that it was impossible to tie rope and hang himself with a running ceiling fan.

In the video, it is clear that the servants of late Mahant did not inform police or the security personnel of when they found the room locked from inside.