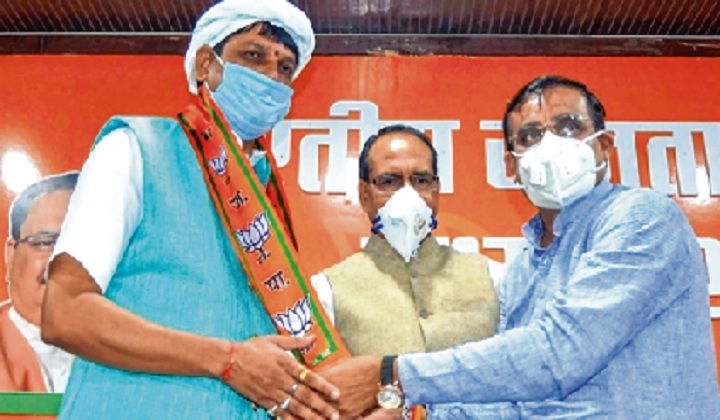 MP Congress MLA Pradyuman Singh Lodhi on Sunday res­igned from the party and as a member of the sta­te Assembly, and joined the BJP before being appoi­n­t­ed as the chairman of a state-run corporation with the rank of a cabinet minister.

Soon after he joined the BJP on Sunday afternoon, the party-led state government appointed Lodhi as the chairman of MP State Civil Supplies Corporation.

Lodhi, who was a legislator from Bada Malhera seat in Chhatarpur district, joined the saffron party as its state headquarters in Bhopal in the presence of CM Shivraj Singh Chouhan.

State BJP chief VD Sharma announced Lodhi's induction into the party fold. “I have resigned as MLA. My resignation has been accepted. Only the BJP can develop my Assembly seat areas. The CM also approved developmental schemes for my area,” Lodhi told reporters after joining the party.

In the evening, the state government issued an order saying Lodhi has been appointed as chairman of MP State Civil Supplies Corporation. The govt also accorded the rank of a cabinet minister to him, an official said.