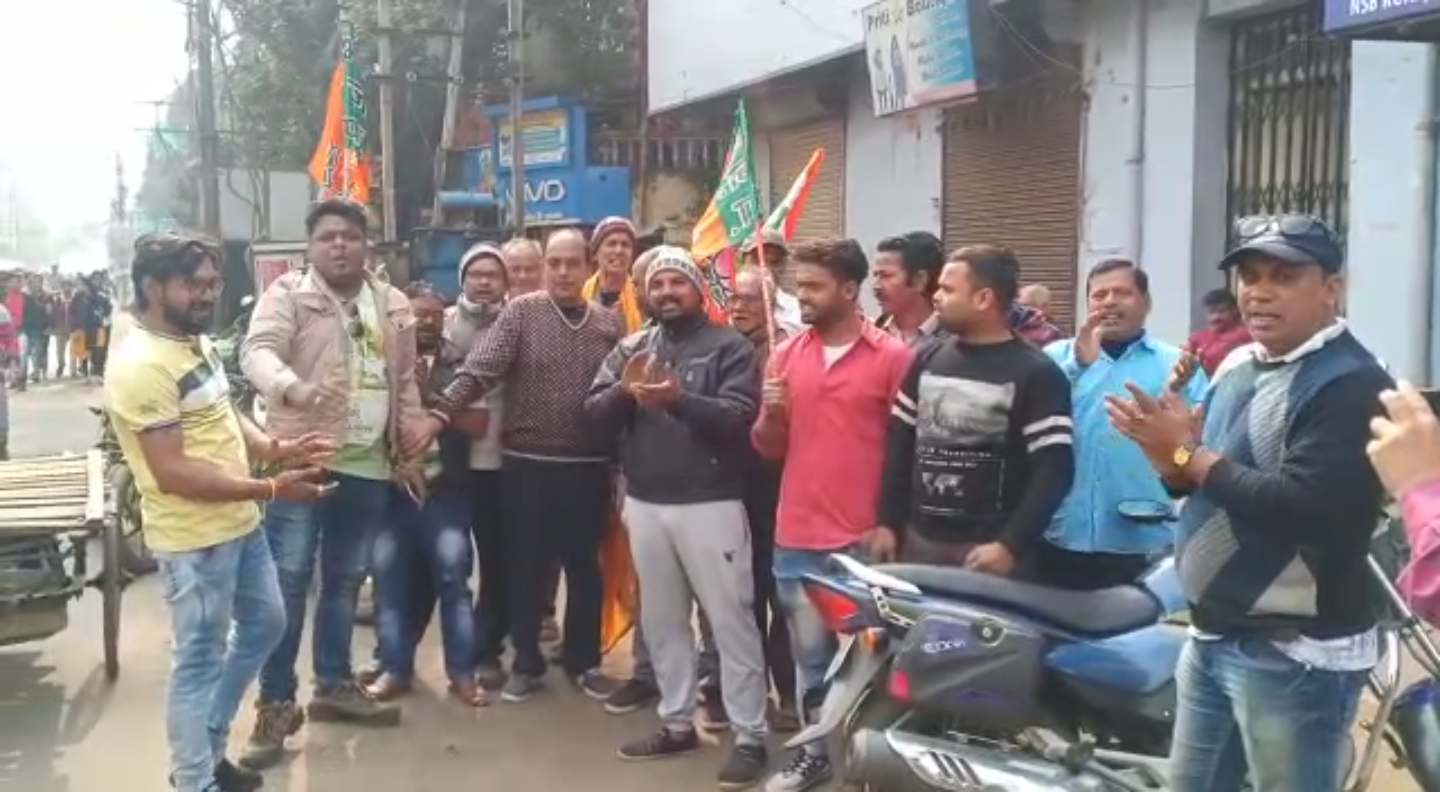 In the video the sloganeers can be seen promising azadi to those who want it.

They also add that they will give azadi to Kanhaiya and Burhan and Afzal.

"We will give freedom from terrorists," they add.

The 24-hour nationwide strike by central trade unions in West Bengal on Wednesday was marked by incidents of violence and arson, blocking of railway tracks and roads by protestors trying to enforce the shut down, officials said.

West Bengal Chief Minister Mamata Banerjee, who had opposed the strike call, blamed the central trade unions, the Left Front and the Congress for the violence.

The CPI(M) and Congress was quick to return fire and accused Banerjee of instigating violence. They claimed that TMC cadres and police personnel had indulged in violence in the state.

The violence across the state kicked off a war of words between political parties.

Slamming the Left and the Congress for trying to enforce the bandh, Banerjee said that those who do not have any political existence in the state are trying to ruin its economy by pursuing "cheap politics" of strikes.

CPI(M) Politburo member Mohammed Salim on the other hand claimed TMC cadres and police personnel had indulged in violence, specially in Malda district, after being instigated by Banerjee herself.

Salim's view was echoed by Adhir Ranjan Chowdhury, Congess leader in Lok Sabha, who too blamed Banerjee for inciting violence during the strike.

TMC secretary general Partha Chatterjee said the video footage cited by Salim if found to be true is condemnable but added that he was sure that the CPI(M) and the Congress were indulging in falsehood to hide their sins.

West Bengal BJP president Dilip Ghosh said the "culture of strike and shutdown" have been rejected by the people of the state.

Senior CITU leader Shyamal Chakraborty claimed that the strike was a "complete success" in West Bengal.

A Kolkata Police official said that till 7 pm around 90 people were arrested from different parts of the city for allegedly trying to stall vehicles, government buses or forcibly stop shopkeepers from opening their establishments.