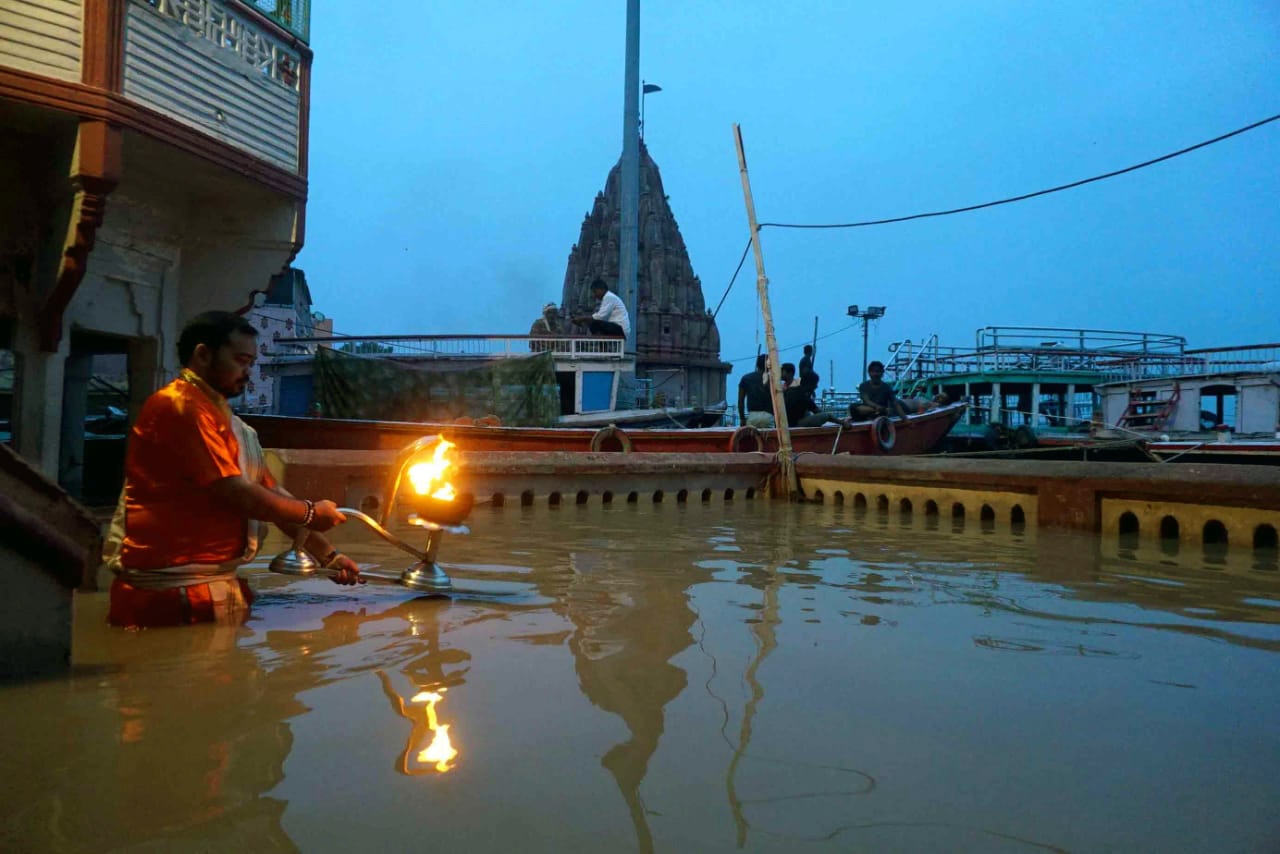 Priest on waist-length floodwater after the level of the Ganga river rises amid heavy rainfall performs Ganga aarti, in Varanasi on Thursday. | ANI

Over five lakh people in 1,243 villages of Uttar Pradesh have been affected by floods and relief and rescue teams have been deployed to assist the people, officials said here on Wednesday.

In the past 24 hours, an average of 13.1mm rainfall was recorded in the state, which is 154 per cent more than normal.

“Eleven districts, including Prayagraj, Chitrakoot, Kaushambi, Pratapgarh, Basti, Gonda, Sultanpur, Shrawasti, Lucknow, Raebareli and Fatehpur received rainfall of over 25mm or more in the past 24 hours,” they said.

A report from the relief commissioner’s office said a “population of 5,46,049 in 1,243 villages in 23 districts is affected by floods”.

According to irrigation department reports, the Ganga is flowing above the danger mark in Budaun, Prayagraj, Mirzapur, Varanasi, Ghazipur and Ballia while the Yamuna river is above the red mark in Auraiya, Jalaun, Hamirpur, Banda and Prayagraj.

Similarly, the Betwa river has crossed the danger mark in Hamipur, the Sharda river in Palia Kalan (Kheri) and Quano river in Chandradeep Ghat (Gonda), it said.

Relief efforts have been initiated and 20,768 ration kits and 1,67,213 lunch packets have been distributed among the flood affected people.

The NDRF, SDRF and state PAC have been deployed to help the people and 59 rescue teams pre-deployed in 43 districts. 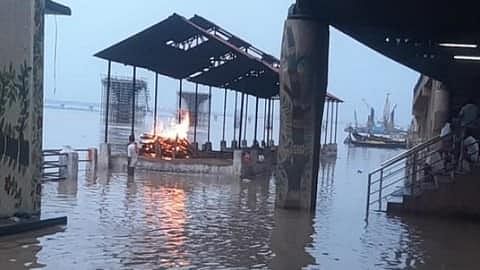