Hema Malini raised the issue of monkey menace during the Zero hour, saying that in her constituency Mathura, monkey menace is a matter of concern.
Nimish Kumar 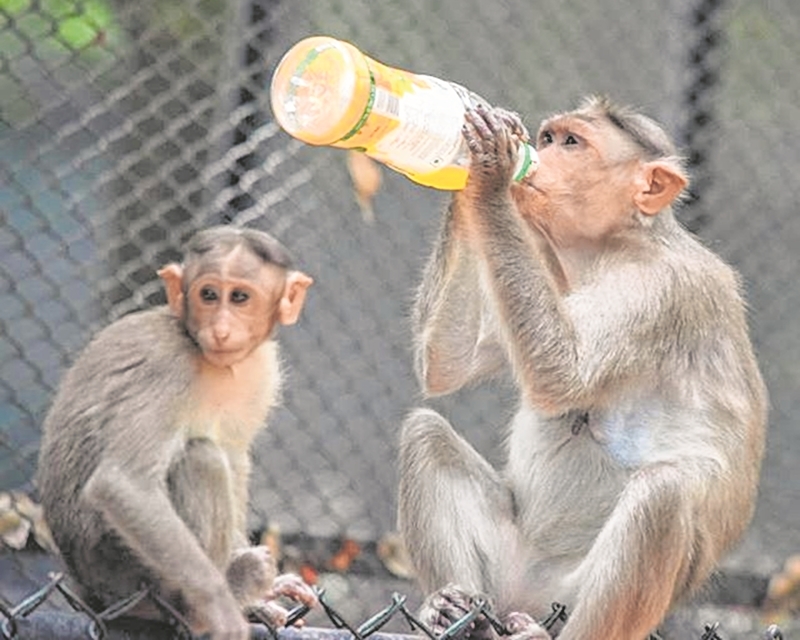 New Delhi: Monkeys in my constituency now don't jump at fruits, they want Samosa and Frooti. It's a serious issue as monkeys now picking up the food habits of humans, which is not at all healthy for them, said Hema Malini, BJP MP from UP's Mathura constituency, on Thursday, and she received immediate support from TMC MP Sudhip Bandhopadhayay and LJP MP Chirag Paswan.

Hema Malini raised the issue of monkey menace during the Zero hour, saying that in her constituency Mathura, monkey menace is a matter of concern.

She even drew the attention of the house to this rare but real problem in religious places all over the country, and demanded an immediate response from the government on this.

Calling it pilgrims' daily problem, Hema Malini informed the house that monkeys in religious places are now a menace as they snatch items from pilgrims and on opposition, get violent.

Mathura MP revealed that the government scheme to sterilize these monkeys didn't bear any fruits, but made them more violent in these years.

Hema Malini blamed de-forestation, lack of fruits bearing trees for this problem and demanded a monkey safari for her constituency Mathura.

In support of Hema Malini, Lok Jansakti Party (LJP) MP Chirag Paswan drew the attention of the house to the monkey menace in the Lutyens' zone, which houses Parliament, President secretariat, PMO, Ministries and official residences of who's who of the government.

Telling his own concern to the house, the young Paswan revealed that the monkey menace in Lutyens' zone has become so horrifying that children living in these bungalows can't even dare to play in sprawling lawns and residents of these bungalows have to stay inside just because of these monkeys.

Narrating his own tale of horror, TMC MP Sudip Bandhyopadhay recounted that once a monkey snatched his spectacles and returned it only after he offered him a fruit juice.