Mohali attack could have been on Shimla Police: Pro-Khalistan terrorist group

"This grenade attack could have taken place at the Shimla Police headquarters," Sikhs for Justice's self-styled general counsel Gurpatwant Singh Pannun warned in an audio message

A day after a rocket-propelled grenade was fired at the Intelligence Wing headquarters of Punjab Police in Mohali, Khalistani outfit Sikhs for Justice (SFJ) warned Himachal Chief Minister Jairam Thakur, saying the attack could have also been on the Shimla Police headquarters.

The leader of the banned organisation Sikhs for Justice has been named as the main accused in connection with the appearance of 'Khalistan' banners and graffiti on the walls of Himachal Pradesh Assembly in Dharamshala yesterday.

With less than six months to go for assembly elections in the state, visuals of pro-Khalistan flags hoisted outside the legislative assembly in Himachal Pradesh’s winter capital, Dharamshala, have prompted sharp reactions from all quarters.

The flags were reportedly hung and a pro-Khalistan slogan painted on the entrance gate and adjoining wall of the Vidhan Sabha Complex at Tapovan sometime Sunday. A Special Investigation Team (SIT) of Himachal Pradesh Police is probing the matter.

The group asked the Himachal Pradesh Chief Minister to learn a lesson from the Mohali grenade attack, adding that the Sikh community should not be provoked.

Pannun was booked as the main accused under Section 13 of the UAPA and Sections 153 A (promoting enmity between different groups on grounds of religion, race, language, etc) and 153 B (imputations, assertions prejudicial to national-integration) of the Indian Penal Code (IPC), and the HP Open Places (Prevention of Disfigurement) Act, 1985.

Pannun has aslo been charged under the stringent anti-terror law Unlawful Activities (Prevention) Act. His organisation, Sikhs for Justice, was banned by the centre in 2019 for anti-India activities.

Himachal Police have stepped up security in the state after Sikhs for Justice gave a call for holding a 'Khalistan' referendum on June 6. Inter-state borders have been sealed and security stepped at key government buildings.

" Keeping in view the incidents of Khalistani elements in neighboring States and also incident of tying a Khalistani banner took place in Una district on 11.04.2022 and recent incident of hoisting banners & graffiti of Khalistan on the outer boundary of Vidhan Sabha in Dharamshala as well as the threat posed by Sikhs for Justice (SJF) regarding announcement of 6th June, 2022 as voting date for Khalistan Referendum in Himachal Pradesh, the DGP-HP has issued directions to the field formations to remain on high alert from today," an order issued by state police chief Sanjay Kundu said.

The order added that senior police officers have been instructed to keep a close watch on possible hideouts of members of the banned outfit, including hotels. They have also been directed to keep bomb disposal squads and special units on standby for any emergency situation.

A rocket-propelled grenade was fired at the Intelligence Wing headquarters of Punjab Police in Mohali on Monday, triggering a blast that shattered windows. No one, however, was wounded in the attack.

The blast has once again sparked a security scare in the border state, which is witnessing a greater influx of explosives, weapons and drugs from across the border via drones. 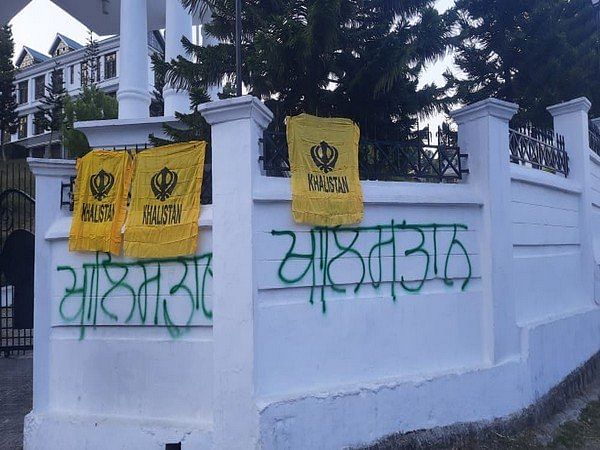