Khalistan flags were found tied on the main gate and slogans scrawled on the walls of the Himachal Pradesh Legislative Assembly complex, police said on Sunday.

After Khalistan flags were found put up at the Himachal Pradesh Legislative Assembly entrance, an FIR has been registered under sections 153-A, 153-B IPC and section 3 of HP Open Places (Prevention of Disfigurement) Act, 1985.

at Tapovan in Dharamsala on Sunday morning. Pro-Khalistan slogans were also found scrawled on the walls of the complex.

Political observers here are as flummoxed as anybody since the Sikh population in Himachal was never known to have hosted any Khalistani elements even at the height of terrorism in Punjab.

Some observers have a nagging suspicion that the ‘Khalistani’ bogey is being raised with an eye on the State Assembly elections in Himachal in November 2022.

More so, since, bolstered by its landslide victory in neighboring Punjab, the AAP has Himachal on its radar and proposes to contest on all seats. The fact that some AAP functionaries have been time and again accused of being soft on Khalistani elements renders them somewhat vulnerable.

Sensing the political overtones, the AAP reacted sharply to the flag episode and called it a huge security failure and demanded Chief Minister Jai Ram Thakur’s resignation. The party also tried to put the BJP on defensive by asserting that either the BJP governments at the Centre and in Himachal Pradesh are "completely incompetent" or the saffron party is "hand in glove with the Khalistanis;" otherwise how could somebody tie Khalistani motifs and get away with it. (Inexplicably, the CCTVs were reportedly not operational in the area at the time of the incident).

"The BJP is trying to save one goon,’’ Delhi deputy chief minister Manish Sisodia tweeted in Hindi. The allusion was possibly to Delhi BJP leader Tajinder Pal Singh Bagga who was embroiled in an ugly face-off between the police of three states.

"How can a government, which cannot save its Legislative Assembly, save its people? This is a matter of Himachal's respect and country’s security. The BJP government has completely failed," Sisodia said in his tweet.

The AAP recently found itself at the centre of a controversy after the BJP accused the party's social media in-charge in the hill state, Harpreet Singh Bedi, of openly supporting Khalistan; the BJP referred to a series of Bedi’s tweets posted on Twitter a few years ago to buttress their argument.

Acting swiftly on the BJP's allegations, the AAP expelled Bedi from all posts in the party, saying that the views expressed by him in his posts were "against the Aam Aadmi Party's ideology". 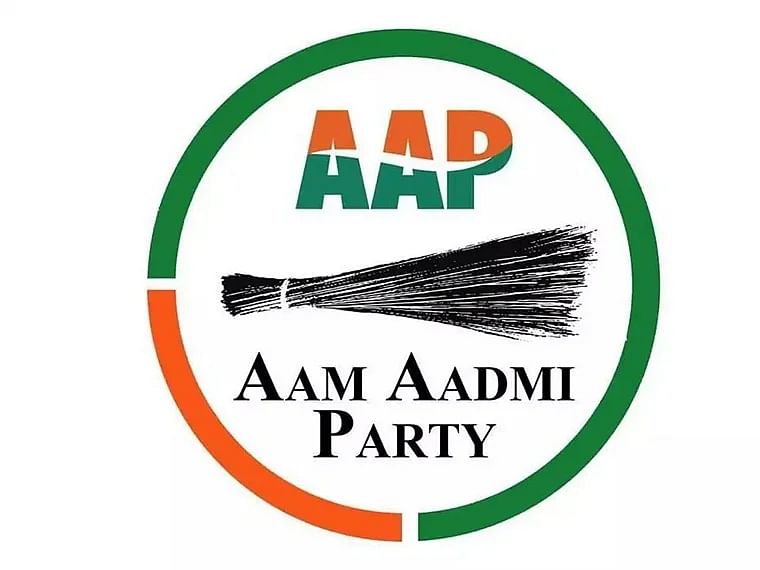