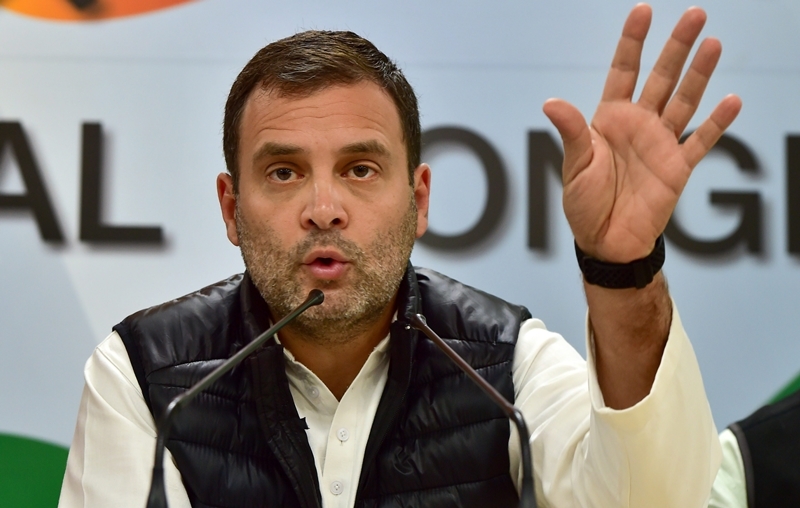 “I stand with the people of Andhra Pradesh. What kind of a Prime Minister is he?” Gandhi said addressing the people at a 12-hour-long fast here by Andhra Chief Minister N Chandrababu Naidu.

Naidu sat on the fast earlier in the day demanding the Centre to accord the SCS and fulfil other commitments made in the Andhra Pradesh Reorganisation Act, 2014. Stepping up attack on the Prime Minister, the Congress leader said: “He (Modi) did not fulfil the commitment made to the people of Andhra. Modi tells a lie wherever he goes.

“He goes to the northeast tells lies; goes to Maharastra and lies — He has absolutely no credibility left.”

Gandhi asserted that the Prime Minister has only months left in office as the opposition were going to show him the sentiment of the people.

“Remember one thing he has few months left, one or two months, the opposition parties are going to show Modi exactly what the nation’s sentiment is,” he added.