'Modi govt has failed': Sharad Pawar urges 'those who believe in democracy and secularism' to come together 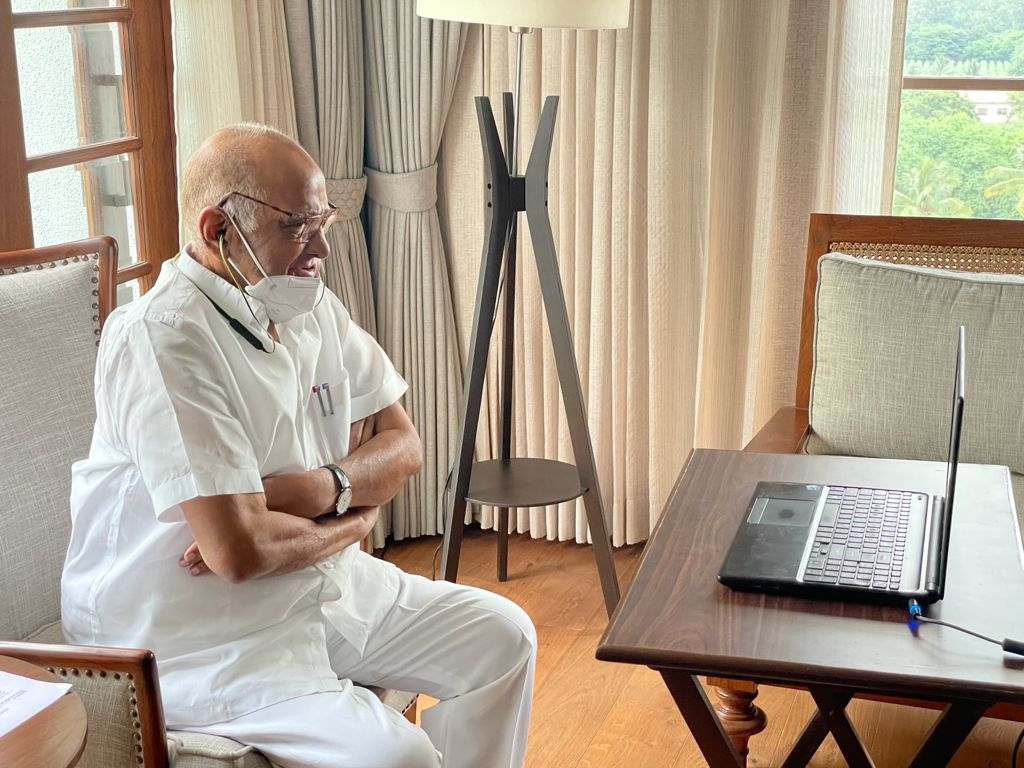 'Modi govt has failed to resolve issues': Sharad Pawar urges 'those who believe in democracy and secularism' to come together | Twitter/@PawarSpeaks

Nationalist Congress Party chief Sharad Pawar on Friday has urged all "those who believe in democracy and secularism" to come together "for saving the democratic principles and ethos" of the country.

Taking to Twitter, Pawar thanked Gandhi for the initiative of bringing "like-minded" parties together for a virtual meeting amid a "very gloomy" scenario in the country.

"With the initiative of Smt Sonia ji Gandhi an online meeting of like minded parties was held today. I truly appreciate the steps taken to organise this much needed meeting in view of the present circumstances in our country. The current scenario in India appears very gloomy," Pawar tweeted.

"Farmers are protesting for many months, it’s an anguishing picture for a democratic country like India. The Nation is facing many issues like inflation, economic slowdown, Covid mitigation, unemployment, border disputes, issue of the minority communities etc," he added.

"The present Government has failed to address and resolve all these issues. Those who believe in democracy and secularism; those who like to work together for saving the democratic principles and ethos of our country must come together," the NCP chief said in another tweet.

"A time bound action programme needs to be taken up collectively and I strongly suggest that instead of dealing with all these issues together, we must collectively prioritise each issue and solve them one by one to give our country a good present and future," he added.

The meeting reportedly was a part of the Congress party's efforts to unite various Opposition parties on key issues to set the platform to defeat the Bharatiya Janata Party (BJP) in the upcoming Assembly elections in five states.

In the recently concluded Monsoon Session of the Parliament, Opposition parties displayed unity, leading to disruption of both Houses.

The Opposition leaders had given several Suspension of Business notices, Adjournment Motion Notice and had sought a discussion on the Pegasus snooping row, along with the farm laws and other issues.

Today's meeting was held in the backdrop of the government demanding strict action against those who indulged in unruly behaviour in the Upper House during the passing of the Insurance Amendment Bill.