Minor girl raped and murdered in UP 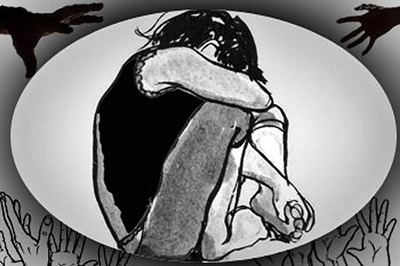 Lakhimpur Kheri: A 10-year-old girl was murdered after being allegedly raped in a village here, triggering protests by locals who blocked roads. The body of the girl was found dumped in a 40-feet deep dry well in a mango orchard on the outskirts of the village yesterday.

The accused, 25-year-old Mohan of the same village, is absconding after the incident. Deputy Superintendent of Police, Martand Prakash Singh, Sub Divisional Magistrate (SDM) Alok Verma along with heavy police force rushed to the village and inspected the spot.

They also recorded the statements of the victim’s family members.

DSP Singh told PTI that “the family members of the victim have alleged murder after rape with the minor girl.” The uncle and mother of the victim said, “The deceased along with her three other friends had gone to her relative’s place in the village yesterday evening, where Mohan lured the girl to come with him to a mango orchard.”

The family members caught Mohan and enquired about the girl in the presence of the village head. However, he managed to flee from the spot.

The family members later recovered the body of the girl and staged a blockade on the highway till late in the night demanding action.