Mayawati accepts BJP challenge to debate CAA at any forum 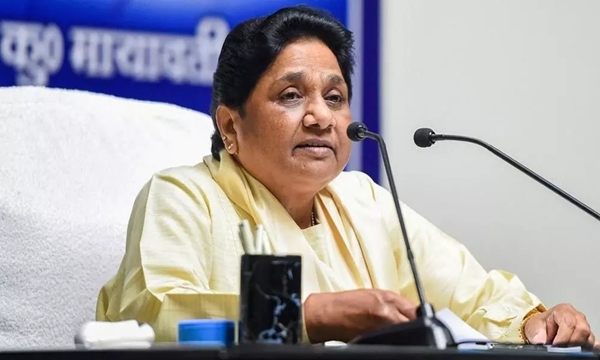 Lucknow (Uttar Pradesh): A day after Union Home Minister Amit Shah dared opposition leaders for a debate on the Citizenship Amendment Act (CAA), BSP supremo Mayawati on Wednesday said her party accepts the challenge to discuss and debate the new citizenship law "at any forum and at any place." Mayawati alleged the government is "disturbed by protests against the contentious Citizenship Act, National Register of Citizens (NRC) and National Population Register (NPR)" across the country.

"The government, disturbed by protests against the controversial CAA, NRC and NPR, across the country, especially the youths and women, has challenged the Opposition for a debate on the matter. The BSP accepts the challenge for debate at any forum and at any place," Mayawati tweeted in Hindi.

"I have come to you for a Jan Jagaran Abhiyan in Lucknow. Our government is hardly 8 months old but we are conducting this campaign to dispell the falsities being spread by the opposition against CAA. I challenge Rahul Gandhi, Banerjee and Akhilesh Yadav to engage in a debate on CAA," Shah had said while addressing a gathering in Lucknow.

Union Home Minister Shah had accused the opposition parties of "misleading" the people on the CAA and said that the new law will not be scrapped despite protests.