Mathura man to remain in jail till he dies for kidnapping and raping minor stepdaughter, rules special court 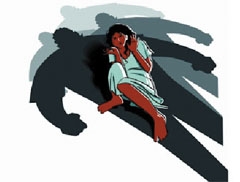 Mathura: A special court here awarded a man life imprisonment till last breath for kidnapping and raping his stepdaughter, saying he deserved no leniency as he was the custodian of the girl, a minor when the incident happened eight years ago.

Sharing the details about the incident, Chaturvedi said that on February 2, 2013 Saubi kidnapped the girl, who was 15 then, and raped her when her mother had gone to a relative's place. Upon her return, the mother filed a complaint against Saubi, also alleging he stole a motorbike, Rs 1.05 lakh cash and jewellery.

An FIR was registered under Indian Penal Code sections 363 (kidnapping), 366 (kidnapping, abducting or inducing woman to compel her for marriage) and 376 (rape) on the woman's complaint.

Four years after the death of her first husband, the woman had married Shaubi, a resident of Aligarh, expecting him to support the family, the ADGC said. After the marriage, they started living together in Karahari village under Surir police station of Mathura district. Saubi's counsel requested the court to take a lenient view of the matter as his client is poor and a first-time offender, the ADGC stated.

The judge rejected the plea, saying since the accused was the father and the custodian of the girl, what he did was a heinous crime that merited an exemplary punishment.

The convict also deserved a severe punishment since the girl was less than 16 years of age when he subjected her to the crime, he said.

In case the convict fails to deposit the fine, the government would pay Rs 2 lakh to the victim as compensation, cancelling bail of the convict, the judge ordered.

'What kind of mindset is that?': Netizens furious as Goa CM wonders why minor rape victims were out...