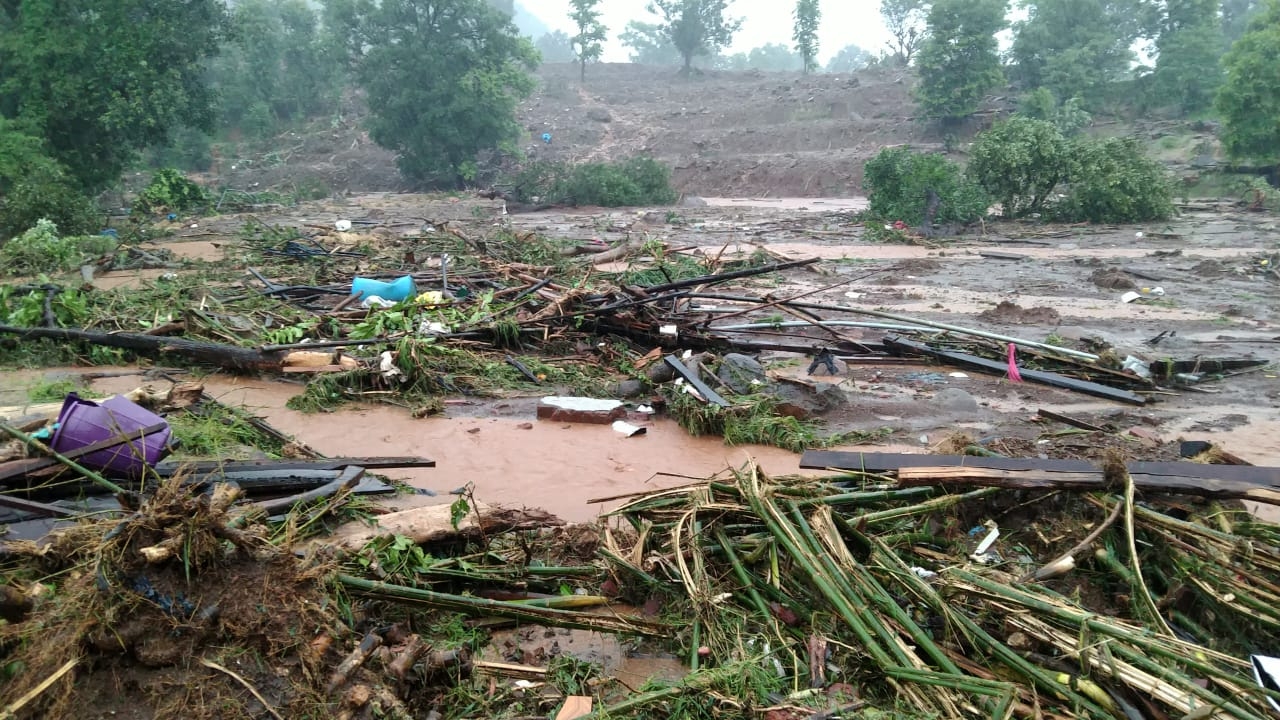 This handout picture taken on July 23, 2021 and released by the National Disaster Response Force (NDRF) shows debris of houses in Taliye village after a landslide in Mahad of Raigad district of Maharashtra. | (Photo by - / NDRF / AFP)

Union Home Minister Amit Shah on Friday took stock of the situation in Maharashtra's Raigad where around 35 people lost their lives due to landslides.

Expressing grief over the incident, Shah in a tweet said that NDRF teams are engaged in relief and rescue operations.

"Sad over the casualties due to heavy rain and landslide in Raigad. I spoke to Maharashtra Chief Minister Uddhav Thackeray and NDRF Director-General about this. NDRF teams are engaged in relief and rescue operations. The central government is providing all possible help to save the lives of people," Shah tweeted in Hindi.

Landslides were reported in and around Mahad tehsil in the coastal district of Raigad in Maharashtra on Thursday evening where several houses in a village were trapped.

Thackeray informed around 35 people have lost their lives due to landslides in Talai village, Raigad.

"Due to landslides in Talai village, Raigad around 36 people have lost their lives. Rescue operation is underway at many places. I have ordered the evacuation & relocation of people who are living in areas where there is a possibility of landslide," he said.

Over 1,000 people have been rescued so far by various relief operations. As many as 18 NDRF teams are engaged in the rescue operation and some more teams are being deployed there.