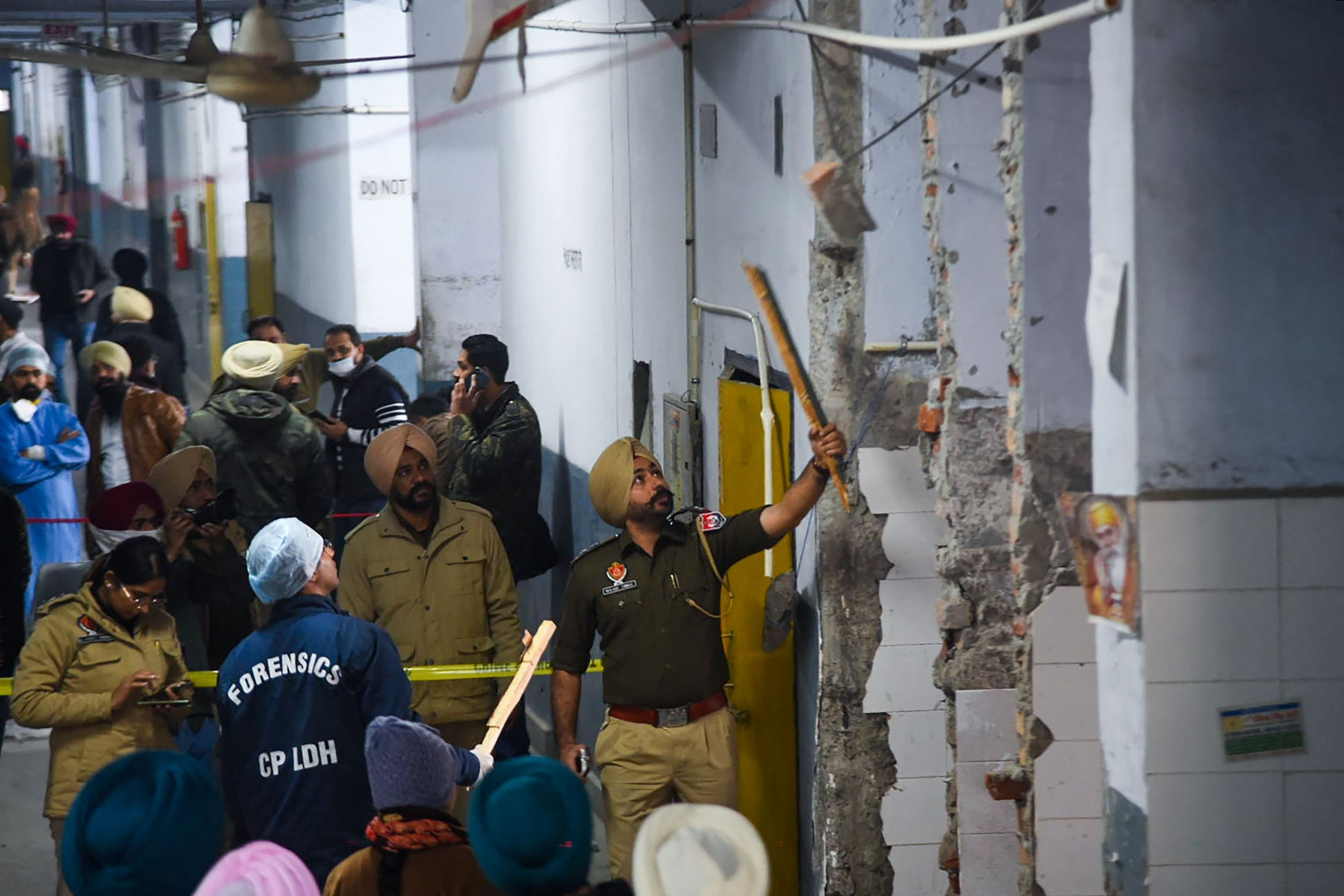 Police inspect the site of a blast, which reportedly killed two people and injured four, inside the court complex in Ludhiana, Punjab, on December 23, 2021. | (Photo by AFP)

After a bomb blast in the Ludhiana district court complex left one person dead and five injured on Thursday, intelligence sources told CNN-News18 that the Punjab government has been ignoring alerts and standard operating procedures (SOPs) on countering terror and extremist activities in the state.

Reportedly, the intelligence sources also said that Punjab courts have always been vulnerable because of extra sensitive cases and verdicts given by them in the past. It added that the central agencies have been sending alerts to the Punjab government on a daily basis, adding that the recent intel sent was on possible interference by radicalised groups before the upcoming assembly elections.

Meanwhile, the Union Home Ministry has also sought a detailed report on the blast, officials said.

In a communication, the Union home ministry asked the Punjab government to send the report as early as possible, giving details of the incident.

The ministry also asked the state government to inform it about the findings of the initial investigation and who could be possibly involved in the explosion, the officials said.

One of the walls in the court complex got damaged and the windows of some vehicles parked in the premises were shattered due to the blast that took place on the second floor of the complex.

Ludhiana Police Commissioner Gurpreet Singh Bhullar said the area has been sealed and forensic teams will collect samples from the blast site.

Punjab Chief Minister Charanjit Singh Channi, meanwhile, said as the Assembly polls are drawing near, some anti-national forces are trying spread anarchy in the state.

Talking to reporters, the CM said, "As elections are nearing, some anti-national and anti-state forces are trying to commit such disgusting acts and for this the government is alert and people should also be alert."

Channi, Deputy Chief Minister Sukhjinder Singh Randhawa and state minister Bharat Bhushan Ashu also visited a hospital in Ludhiana and enquired about the health of those injured in the blast.

Channi told reporters, prima facie, it appears that the person who died in the incident was operating the bomb.

Five people were injured in this incident and they are out of danger, the CM said terming the blast as an "unfortunate incident".

He expressed fear that an attempt is being made to "spread anarchy" in Punjab, ahead of the state Assembly polls.

"I want to make it clear that peace will be maintained at all costs," he said. "Our police are capable of maintaining law and order," he said.

"But which agencies were trying to disturb Punjab's peace will become clear as investigations are on," he said, adding that those responsible will be dealt with sternly.